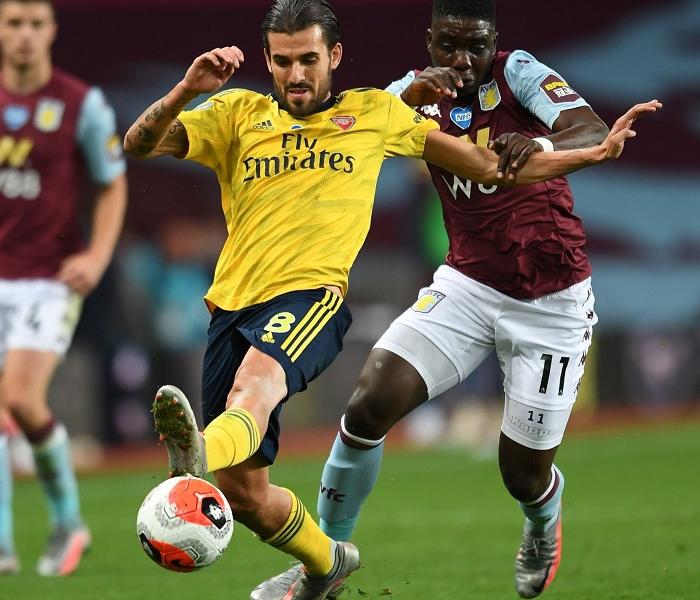 Aston Villa midfielder Marvelous Nakamba has hailed Tuesday night’s 1-0 win over Arsenal as the Midlanders fight to avoid the chop.

The Zimbabwean international was introduced in the 73rd minute in place of Conor Hourihane during the hard-fought win which catapulted the Birmingham-based club to 17th place on the log. Nakamba posted on Twitter:

What a massive win tonight for the team and our fans. Nothing is impossible there are ways that lead to everything. Our focus now turns to the weekend.

The Blue and Claret are now above Watford, who are 18th, on goal difference ahead of the final round of fixtures on Sunday, 25 July 2020.

Villa are away to West Ham, Watford visit Arsenal at the Emirates Stadium while Bournemouth, who are 19th and still have faint hopes of avoiding the drop, are also away to Everton.

Here is Sky Sports’ analysis of Aston Villa’s chances of surviving relegation from the Premier League:

Aston Villa’s 1-0 win over Arsenal on Tuesday night could prove priceless. After Watford’s 4-0 loss to Manchester City earlier in the evening, the victory moves them out of the relegation zone, above the Hornets on goal difference, and puts them in control of their own destiny ahead of their final game of the season against West Ham at the London Stadium.

Beat West Ham, and Dean Smith’s side should survive. But with Watford and Bournemouth facing tricky games against Arsenal and Everton respectively, they may not even need to take three points as they look to secure their Premier League status.