On 16 July 2020, the Chief Justice of Zimbabwe issued a Directive to the High Court and Labour Court to address concerns raised on the handing down of judgements. The Directive required all ‘Orders or Judgements’ of the High Courts and Labour Court be seen and approved by the Head of Court or Division. before such Judgements or Orders are issued or handed down. This Directive was subsequently modified on 17 July 2020. requiring all the judgements be seen by the Head of Court or Division before being issued or handed down. The modification makes no difference to the provision in the Directive, which remains a concern.

• The Constitution of Zimbabwe:

• The African Charter on Human and Peoples’ Rights;

• The International Covenant on Civil and Political Rights:

• The United Nations Basic Principles on the Independence of the Judiciary;

The administration of justice by transparent, accountable, competent and independent judicial officers is something ZLHR and Zimbabweans at large value immensely. It is the hallmark of a constitutional democracy.

During the review of the human rights record of Zimbabwe by the United Nations, Human Rights Council led Universal Periodic Review Mechanism in 2011 and 2016. the government of Zimbabwe voluntarily committed to guaranteeing independence of the judiciary.

ZLHR regards this matter as a grave concern and believes that the Chief Justice must completely withdraw the offending provision in the Directive. To safeguard independence of the judiciary, ZLHR makes the following recommendations:

• All judges continue to be appointed on merit only, in a transparent process:

• Government provides adequate resources to judges that include library resources and necessary equipment;

• The Judicial Service Commission identifies any gaps in knowledge and address these through training programs and other capacity-building measures for the judiciary.;

• The Judicial Service Commission develops and administers a performance appraisal system for judges;

• The Government reaffirms and honours its commitment to treaty obligations under the United Nations and African Union human rights instruments guaranteeing independence of judges:

• The Chief Justice completely withdraws the provision in the Directive. 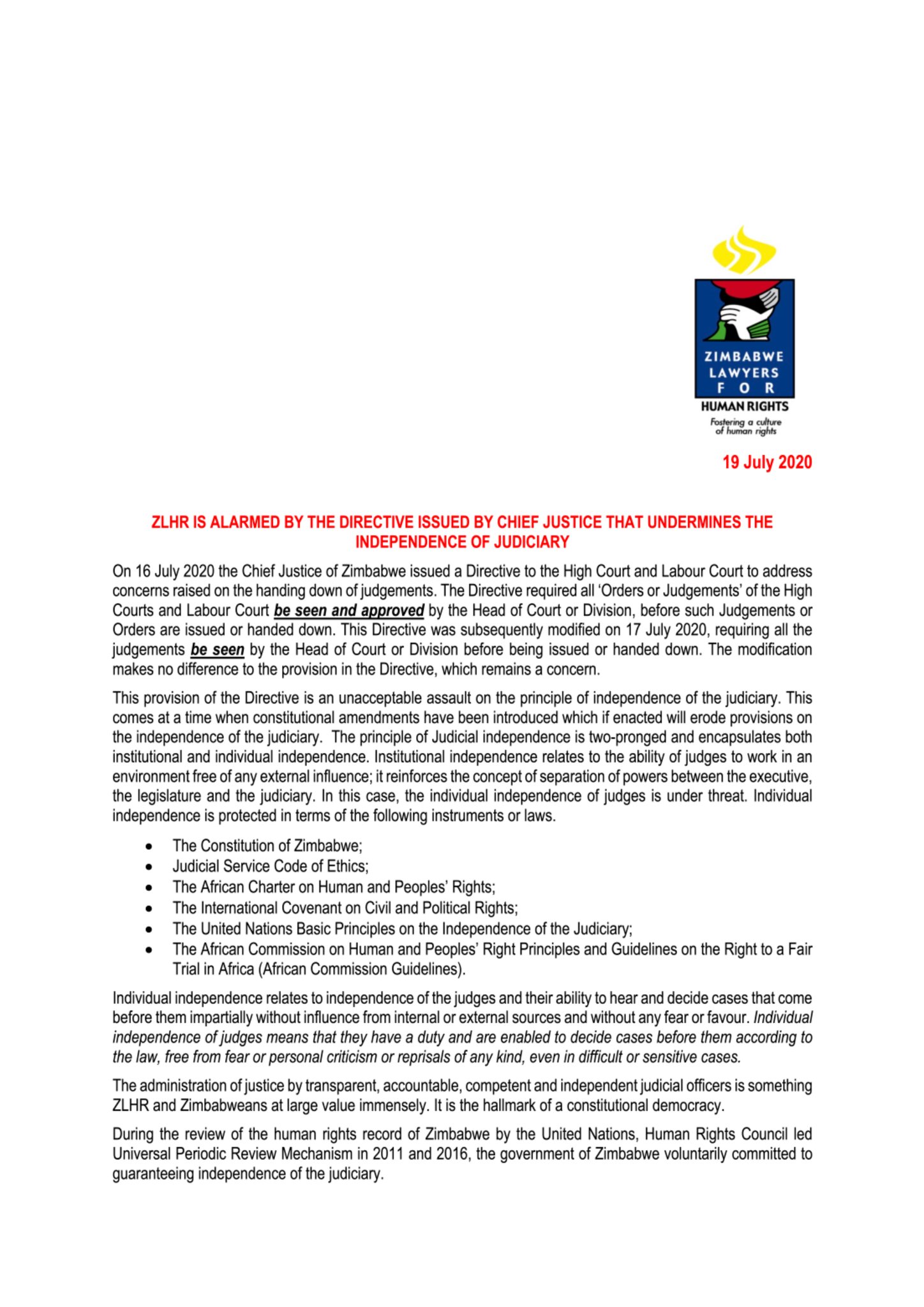 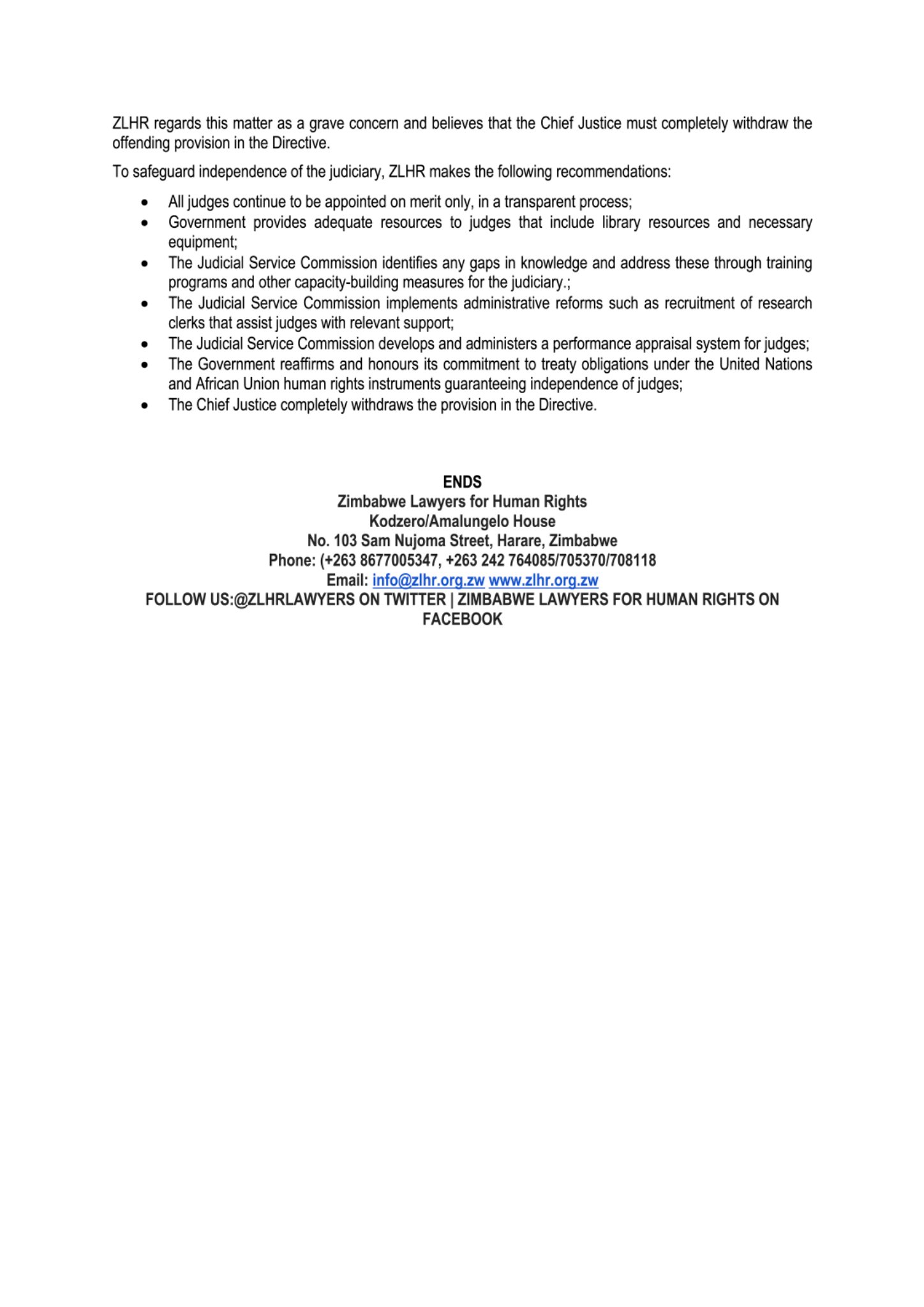