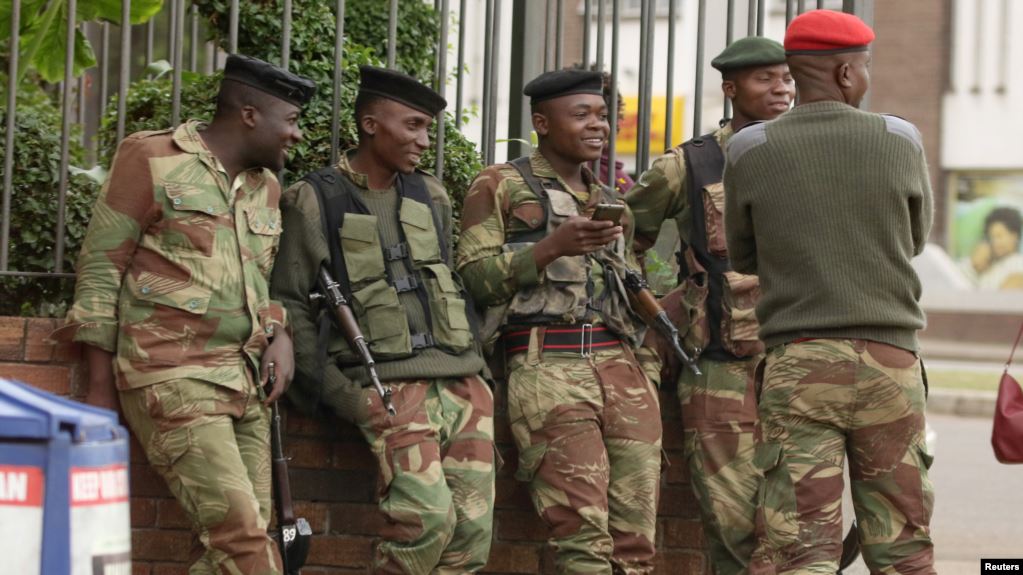 Harare-based journalist, Paidamoyo Muzulu has said security forces in Zimbabwe are being given elite treatment compared to all other government workers.

… the situation has dramatically changed in the two years post the November 2017 military coup. The boys in uniform have a new status — they are more equal to other civil servants because of their collective contribution in the making of the new regime.

Treasury initially announced that it was funding for the re-establishment of garrison shops to cater for the boys in uniform’s needs in their cantonments.

Other government workers including health caregivers and teachers have been embarking on flash protests over poor salaries and poor working conditions.

It has to be noted however that preferential treatment of the security forces did not start when President Mnangagwa ascended to power in 2017 as his predecessor, the late Robert Mugabe’s administration on several occasions allocated more resources compared to other sectors.

Analysts say the resources dished to the security sector could be used to revive al the collapsed sectors for the benefit of the whole nation.

One Comment on ““The Boys In Uniform Have A New Status,” NewsDay Columnist On Soldiers, Civil Servants Salaries’ Disparity”