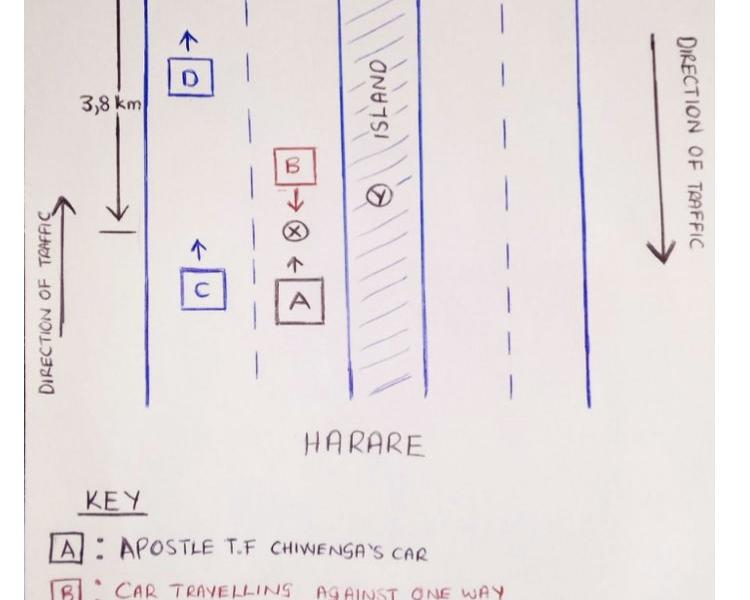 Public statement by Jesus Revelation Ministries: An update of the accident involving Apostle TF Chiwenga and colleagues which happened on the 13th of July 2020 in Norton around 1930 hours.

We seek to notify the whole family of Jesus Revelation Ministries in Zimbabwe and abroad, the Nation of Zimbabwe at large, and the whole world in general, that Apostle T F Chiwenga and the two brethren were involved in a car accident on 13 July 2020 at around 1930 hours while travelling from Harare along Bulawayo road.

The accident happened at 3.8 kilometre-peg before Norton tollgate.

Apostle T F Chiwenga was driving in a Land Rover Discovery 4 and was intercepted into a head-on collision by a Mercedes Benz Sedan with registration number plate AED 7059 which emerged against the one-way traffic.

The evidence on the scene shows a dismal collision steered by the driver of the Mercedes Benz which was travelling against the one-way traffic in the highway.

Apostle T F Chiwenga was quickly taken from the scene of the accident and rushed to the hospital by a well-wisher.

After receiving information about the accident, we tasked a team to visit the scene and came up with details of what could have probably transpired.

To clarify our position below is diagrammatic representation and pictures. [We placed the diagram at the end of this statement]. Our statement is also supported by interviews with the persons involved in the accident.

From the details, it shows a deliberate, well-calculated intentional plan to murder Apostle Chiwenga in a brutal car crash.

While the possible intention was to cause the vehicle in which Apostle Chiwenga was travelling in to veer out of the way unto a possible plunge or overturn, instead there was a head-on collision.

It is reported that the casualty resulted in the unfortunate death of two people who were in the Mercedes Benz while the other one was critically injured.

By the time of the report, we are not sure of the condition. The Ministry sincerely sympathizes with the bereaved families and relatives of the deceased following the sad passing on of their loved ones.

Further to our observation, Apostle T F Chiwenga and the two colleagues who were involved in the collision testified that they realized that their vehicle was being stalked by a Toyota Hilux from Kuwadzana roundabout.

The same vehicle overtook them moments before the incident and is labelled in the diagram as car D.

The vehicle involved in the head-on labelled as car B was travelling against the one-way and had its lights switched off. The vehicle only appeared within an estimated 20 meters distance.

According to Apostle, there was another vehicle (Car C in the diagram) travelling adjacent to Car A at the time of the impact, making it difficult to avoid an imminent head-on.

All this evidence has compelled us to believe that this fatal collision was not natural but it was a skimmed project.

Our concern as Jesus Revelation Ministries is the deliberate delay, concealment and holding back of the release of the information about the accident by the Zimbabwe Republic Police (ZRP).

Also, there are certain media houses and journalist who have partially released details of the accident without other important details including the names of those who died from the head-on collision caused by a car travelling against a one-way.

On the contrary, on 12 June 2019, when Apostle Chiwenga was involved in an almost similar car accident in which three brethren from Jesus Revelation Ministries passed on, the police urgently released the details of the victims and circumstances of the accident within an hour.

We expected ZRP to give the full details of the account as is their norm.

As Jesus Revelation Ministries, we are not surprised by the developments of this planned murder as preempted in the public statement by Apostle T F Chiwenga exposing an operation by the government to abduct and murder him.

The murder attempt happened barely three days after the statement. Further to that, Apostle TF Chiwenga was being stalked ten days before the unfortunate man-made disaster, and the complaint is echoed in Apostle Chiwenga’s sermons preached in the past six months.

The sentiments in the State media of late as also reiterated by the President in his Party’s Politburo meeting address were threatening and in some instances, Apostle T F Chiwenga’s name was mentioned among people they accused of inciting violence and uproar.

Such information coupled with the evidence on the scene made it difficult for us to believe that the State is not involved.

However, the gospel is not preached on man’s terms but God speaks to His creatures using his own choice vessels in His manner and fashion. (Daniel v 4 v 34-35).

We call on the nation of Zimbabwe, civic societies, Human Rights organizations and the International Community to condemn these barbaric acts perpetrated on innocent citizens by our Government.

Brethren all over the world must pray for Apostle TF Chiwenga and the other brethren during these difficult times.

In the meanwhile, let people be calm and comfort at heart as the condition of Apostle TF Chiwenga and that of two other brethren is stable and well monitored. Any developments will be communicated. 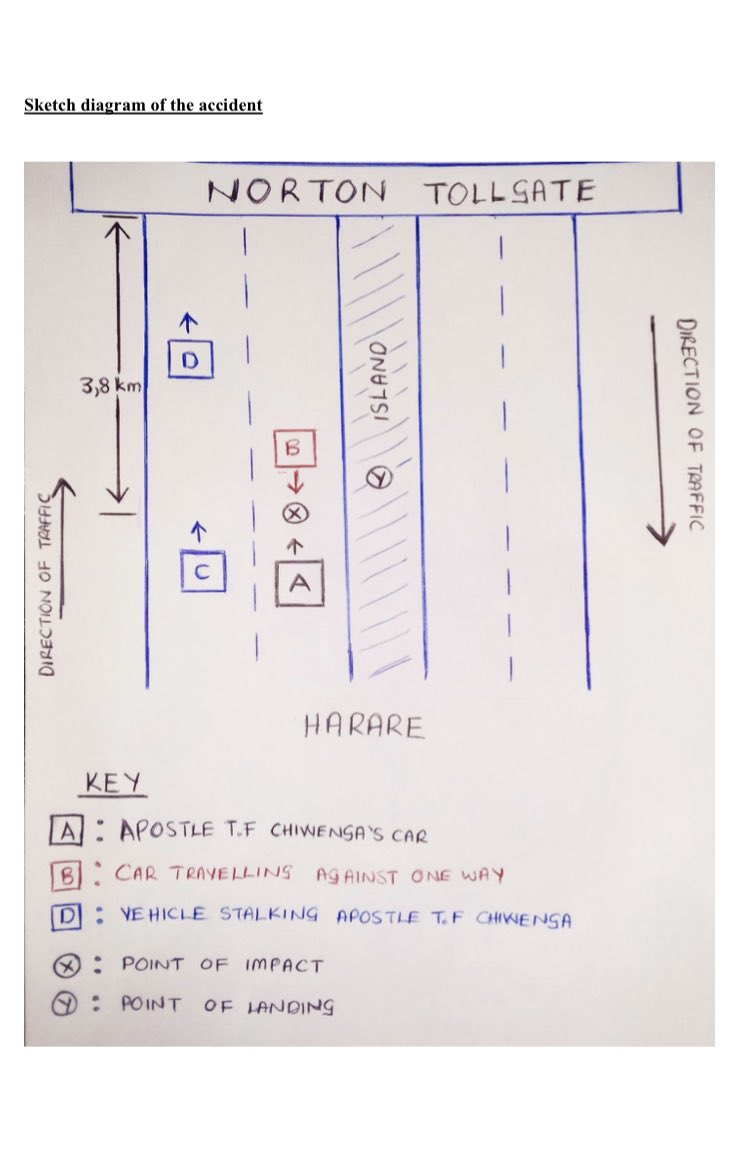