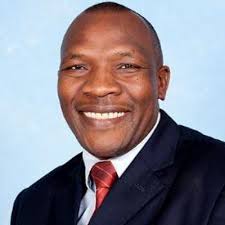 Tanzanian Ambassador to Zimbabwe Professor Emmanuel Mbennah while in an interview with The Herald yesterday reportedly said the President is laying a solid foundation in making sure the country is restored to its past glory of being the jewel of Africa, The Herald reports.

Mbennah reportedly praised the president’s efforts in fighting corruption and said he is hardworking and progress-oriented:

I really commend President Mnangagwa for the works he is doing. He is focused on the progress of the country, obviously, the challenges are not few, but he is working very hard.

Some things that I can identify with Tanzania is the ardent fight against corruption. It does not matter who it is.

If anyone is found on the wrong side of the law, action is taken, people are arrested and taken to court and that is very much what Tanzania has done especially during the tenure of President Magufuli.

Mbennah further urged Zimbabwe to rally behind the president and support his because he said they were seeing the signs of success:

He also urged Zimbabweans to build Zimbabwe and he said some of the comments on social media were destructive to Zimbabwe:

My appeal to the people of Zimbabwe is build Zimbabwe, don’t pull it down, you don’t have another Zimbabwe. Building means building, you cannot be destroying one side and say you are building. There are a lot of things I see on social media that are destructive (and) will not take Zimbabwe forward.