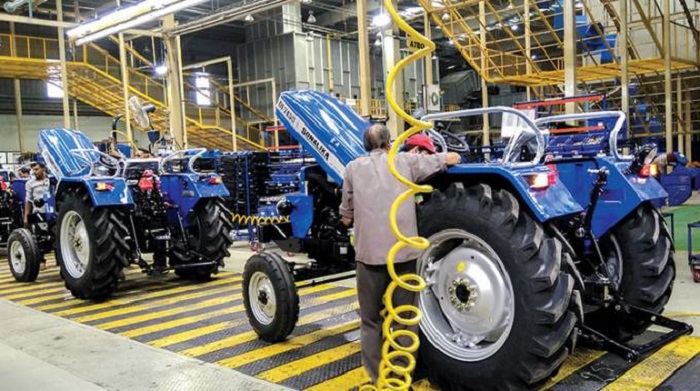 Following the recent acquisition of farming equipment worth US$51 from an American company, John Deere Agriculture World Wide, concerns have raised about whether taxpayers will be ripped off once again to subsidise the elite.

In 2007/08, the Reserve Bank of Zimbabwe (RBZ) sourced farming implements worth millions of dollars under the farm mechanisation scheme.

The equipment was ‘sold’ the ruling elite but they never paid. The government later took over the debt and saddled in on taxpayers. Political and legal commentator Alex Magaisa revisits the issue:

Some may recall that the RBZ ran a scheme where it gave farm equipment to elites in 2007/08 but they never paid for it. That debt was later taken over by the government, essentially meaning the taxpayer paid for the elites’ equipment.

When the RBZ and the government were asked to name the beneficiaries of that scheme, they both refused to do so. But no bad deed lasts forever. The skeletons are tumbling out of the closets. I tell you, our society is messed up. Judges, ZACC and ZEC Commissioners, police, etc!

When corruption is as pervasive as revealed by the Farm Mechanisation Scheme, you realise that the entire state is in dire need of an overhaul. They all benefited, and we are all paying for them. It was free for them but costly to the taxpayer. Absolutely disgusting.

In Mashonaland East alone, a former Chief Justice received equipment worth US$381,946. Two current members of the Supreme Court got US$92,986 and US$62,543. Imagine going to the SC to applying for the RBZ list to be revealed? When its members are beneficiaries who didn’t pay?

A current ZACC Commissioner was given farm equipment worth US$88,623 with a police chief getting US$365,000 and a very senior law officer and adviser to the government also getting a share. None paid. These are the gatekeepers, do you think they are keen to reveal the list?

Not to worry, men and women of honour are also appalled by the levels of elite corruption which has destroyed Zimbabwe. It’s best for the authorities to make the necessary disclosures because the horses have bolted. An obscure entity called Pamberi Investments got US$1,299.977!