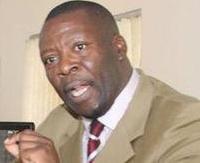 Politician and businessman Keith Guzha has died, The Herald reports. His death was confirmed by Zvimba legislator Philip Chiyangwa who said;

I can confirm that Cde Guzah has passed on at his home after a short illness as there are no prior conditions that I am aware of.

Guzha was once a Member of Parliament for Hurungwe West Constituency as well as the acting Mashonaland West provincial chairman. He is also a former President of the Affirmative Action Group (AAG).