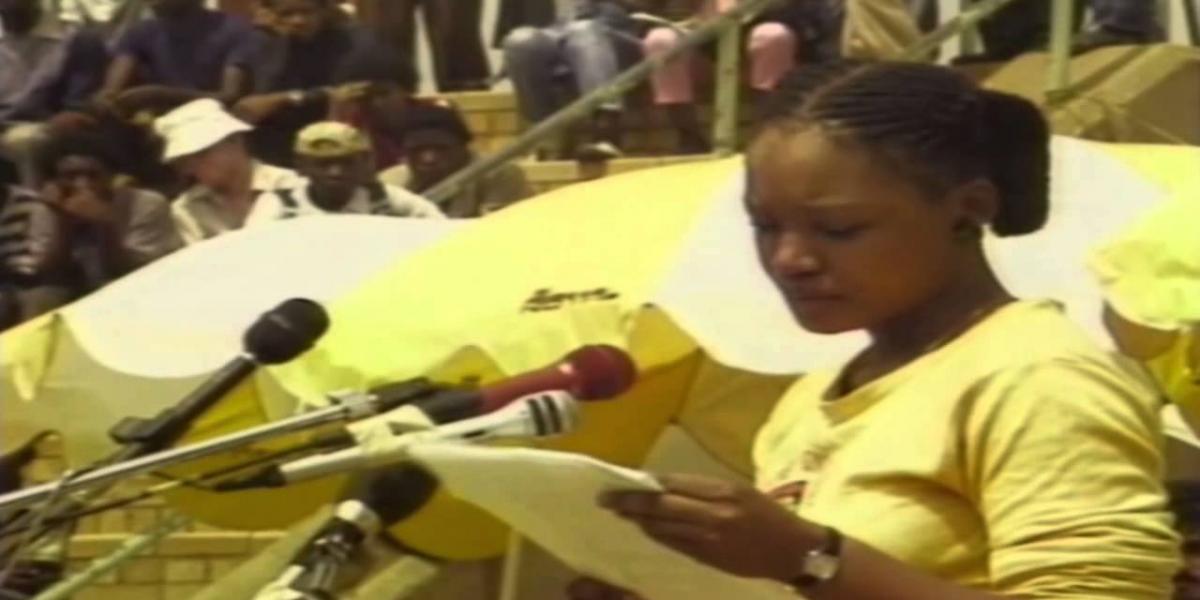 She came to international prominence in 1985, when the white minority government offered to release Nelson Mandela from prison if he denounced violence perpetrated by his movement, the Africa National Congress, against apartheid, the brutal system of racial discrimination enforced in South Africa at that time.

Zindzi Mandela read his letter rejecting the offer at a packed public meeting that was broadcast around the world.

Below is the video in which she reads the letter.