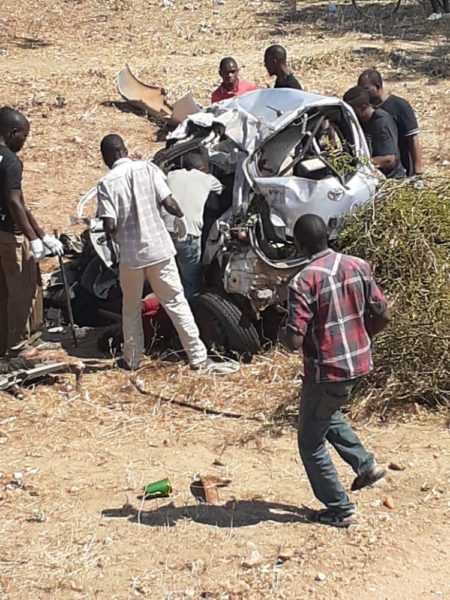 Toyota Vitz which had four people on board, two of them are feared dead

Newly-appointed Malawi Vice President Saulos Chilima’s motorcade was involved in a road accident on Saturday near Phalula, Balaka as he was travelling from Blantyre to Lilongwe.

Pilirani Phiri, Chilima’s spokesperson confirmed the accident and said the Vice President is believed to be fine. He said:

The accident involved one vehicle on the convoy which had a head-on collision with another vehicle coming from the opposite direction, a Toyota Vitz which had four people on board, two of them are feared dead.

The other two have been rushed to the hospital together with the driver of the vehicle on the convoy. The Vice President was not affected in any way and he is fine.

Chilima was deputy to former Malawi President Peter Mutharika but contested for the presidency in the previous election.

He came third in the presidential race but the courts nullified the results because of some irregularities and ordered a rerun.

In the rerun, Chilima was Lazarus Chakwera’s running mate and was elected vice president for a second time.