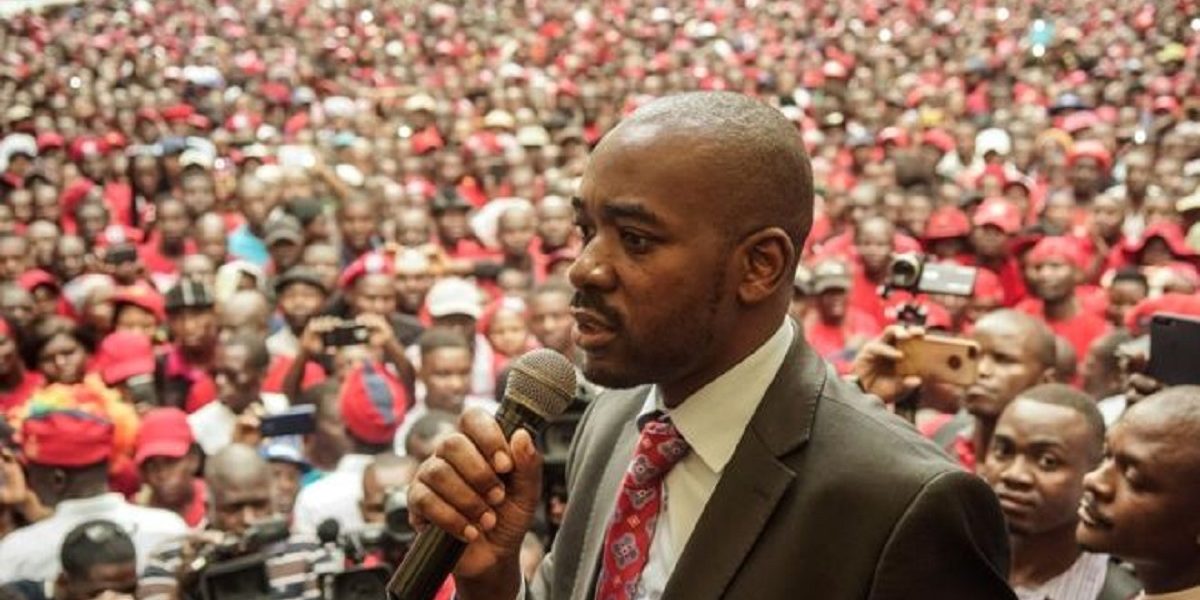 Nelson Chamisa, the leader of the opposition MDC Alliance has opened up on his upbringing at a time he is mourning the passing on of his mother, Mbuya Alice Chamisa who died at his rural home in Gutu on Monday.

Addressing scores of mourners who had gathered to give gogo Chamisa their last respects, Chamisa described his late mother as a hard-working and industrious person. A teary Chamisa said:

Handina kungonyuka kusvika ndisvike pandiri nhasi (I did not miraculously become who I am today). It was because of the hard work and tireless efforts of my mother, Mai Neri. She used to sell chickens and vegetables for me to go to school.

She was hardworking and industrious. It is unfortunate that she died before we attained a new Zimbabwe. I want to thank all parents who are toiling to send their children to school.

His remarks were corroborated by an unidentified friend of his mother who said she used to do the vending errands with gogo Chamisa.

Although the cause of her death was not revealed, MDC Alliance vice president, Lynette Karenyi-Kore suggested that gogo Chamisa might have succumbed to depression caused by recent leadership crisis in the MDC since “she always refused to eat” whenever Chamisa was “arrested, persecuted, beaten or tortured.”