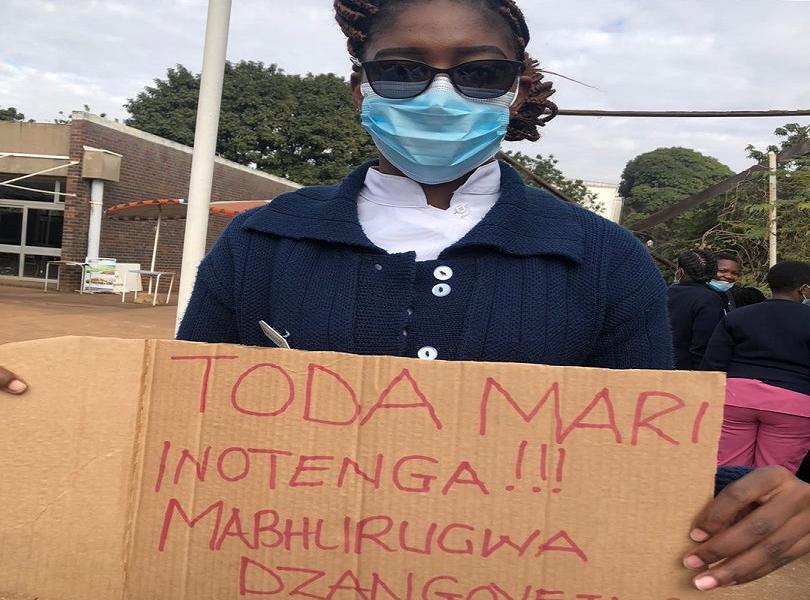 Nurses though their association have released the following statement after ZRP reportedly arrested some nurses at Harare hospital this morning;

Re: ARREST OF NURSES AT HAFtARE CENTRAL HOSPITAL Reference is made to the above subject.

Please see the update below:

1. Today 6 July 2020, we have received information that nurses have been arrested at Harare HosPital.
2. Indications are that the arrests were done allegedly for purposes of avoiding a demonstration at Harare Hospital. At the tirne of the arrests, no demonstration had begun.
3. If ever we were in doubt about the nature of Government’s response to our genuine plight, this is the clearest evidence we could have got. Firstly, Government promised upward salary reviews and Covid-19 allowances wh. have not been paid. Secondly, Government proceeded to refuse to discuss imProving the reviews and instead rendered the Bipartite Negotiating Panel useless by unilaterally declaring that it was not willing to negotiate for the next three months. Thirdly, and currently, we are now being victimised for utilising the only option available to us by being arrested. We have a right to peacefully show our displeasure with our employer.
4. The attempts to strangle our genuine voices through force Is nothing new. However, and as we have always stated, we have lost our earMngs already through slave wages and so we have nothing more to lose.
5. For this reason, we call upon all nurses to remain resolute and continue the struggle. To those who have been going to work all along, for how long will you continue to ignore the collective efforts of the nursing profession? We urge you to stop derailing the efforts of many and to immediately withdraw your labour in solidarity with the need to protect nurses. Interest. In particular we demand the following:

i. lmmediate release of all our collegues who being victimised by being arrested en masse

ii) Payment of our salaries in United States dollars as they.were on the 1st of October 2018. 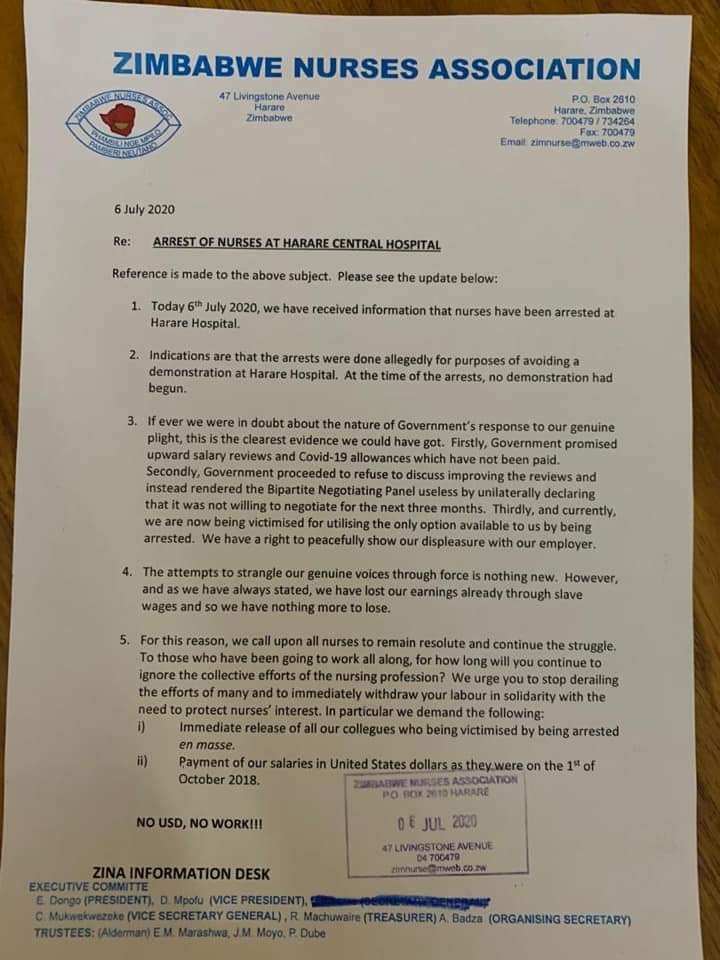