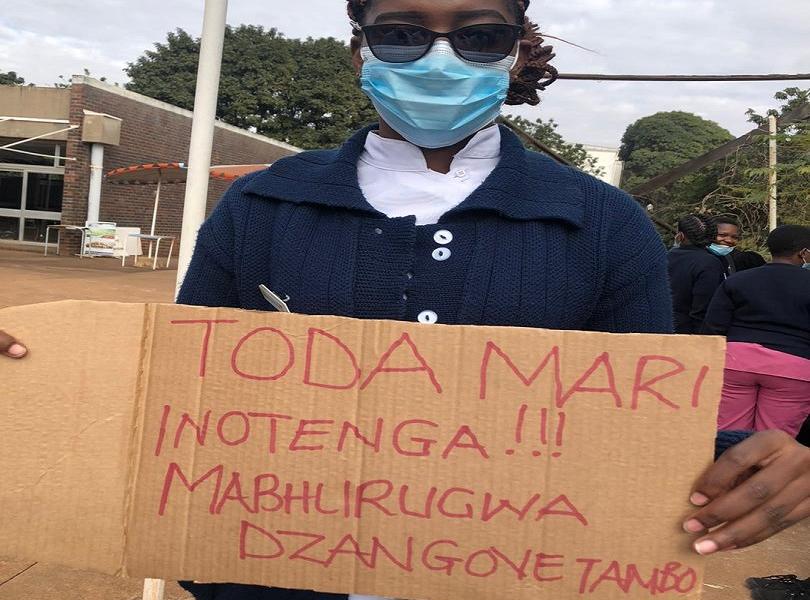 The president of the Zimbabwe Nurses Association (ZINA), Enoch Dongo has said nurses in public health institutions are incapacitated to execute their duties and responsibilities hence the protests.

Health caregivers have for two weeks now been on industrial action to force authorities to review up their salaries and they declared that they were withdrawing all the services completely.

Speaking to NewZiana, Dongo cited Parirenyatwa Hospital where nurses were being evicted from the institution’s hostels after refusing to be at work to show that some public health institutions were, unfortunately, victimising the striking nurses. He said:

All nurses have embarked on a nationwide withdrawal of labour due to incapacitation. The salary that they got in June was eroded by inflation and it cannot take them a month.

So nurses are severely incapacitated and they have exercised their democratic right to withdraw their labour.

The protests followed an announcement by the government last month that it had increased salaries for civil servants, including nurses in public health institutions, by 50 percent, and offered an additional US$75 allowance which is yet to be paid.

Workers said the increment was a non-event given the inflationary nature of the economy. A family of five people, as of May, needed $8000 per month to be deemed not poor, the Zimbabwe National Statistics Agency (ZIMSTAT) said.

Meanwhile, the salaries of the majority of government workers are below the poverty datum line.