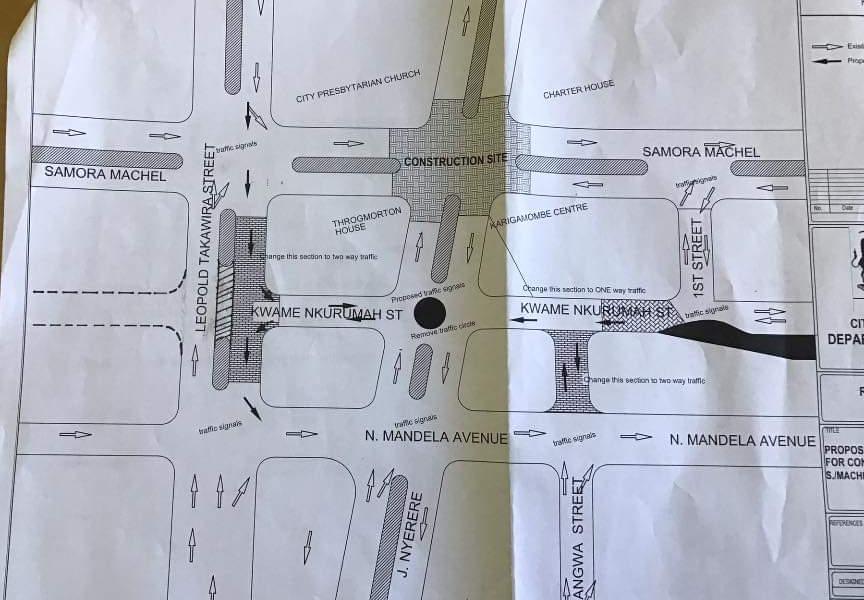 The City of Harare has announced that Samora Machel Avenue and Julius Nyerere Way Intersection will be temporarily closed between the 25th of June 2020 to the 28th of August 2020.

In a public notice, council said the section along Samora Machel Avenue between Leopold Takawira Street and First Street and Julius Nyerere Way between Sam Nujoma Street and Kwame Nkurumah Avenue will be temporarily closed.

Council said the closure of the road will allow for the upgrading of the intersection and construction of a monument.

City of Harare further said alternative routes will be recommended by use of informative signs. Council said:

It is most important to note that during this period Leopold Takawira Street will be two – way up to Nelson Mandela Avenue from Samora Machel Avenue and a section of Kwame Nkrumah Avenue between First Street and Julius Nyerere Way will be one – way for traffic due west.