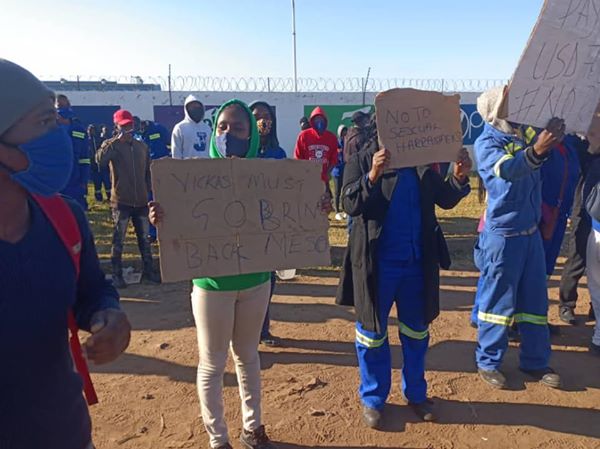 Individual workers who spoke to NewsDay on condition of anonymity detailed how they are being mistreated by the company. A female had this to say:

There is one lady who got fired when she spoke out after being sexually harassed. As we speak, she can testify for her. Indians are the perpetrators of these crimes and they cover up the cases or dismiss them if they are brought to their attention. The human resources department and some black managers are powerless and remain silent.

A male worker who spoke to the publication claimed that they are not given off days. He said:

We also don’t have off days. They told us to choose a representative to channel our grievances and we chose one, but they terminated his contract. We will not return to work until our representative has been reinstated. There is racism, we are being called names. Vickus Chandra must change or go down.

The company’s employees said in a statement:

The Indians at VBZL are exercising gross human rights violations, several workers are prepared to come forward and testify against a bucket-load of ongoing incidents, especially from managers. It’s disheartening to realise that VBZL has become the architect of economic slavery in Zimbabwe.

… The Indians view themselves as ‘warlords’, using intimidating techniques and extremely abusive language at plant workers and employing autocratic and military-style tactics to run a beverage manufacturing company.

At this rate, if let to go scot-free, a tragic case (similar to the one involving a purported Chinese investor and two Zimbabwean workers) can be experienced at the company.

The protests at the Indian-owned firm come hard on the heels of the shooting of two employees by a Chinese employer in Gweru.

The Zimbabwe Congress of Trade Union confirmed has condemned the unfair labour practices at VBZL and has warned all investors, be they Chinese, Indians or local, that it is unlawful to practise segregation, exploitation or any unlawful conduct.

One Comment on “Pepsi Workers Speak On ‘Sexual Exploitation, Slavery’ At The Company”