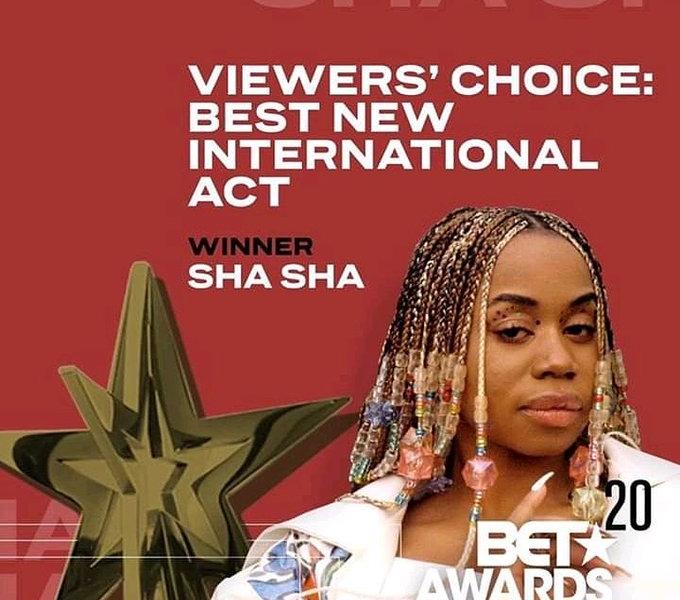 Zimbabwean Born South Africa based Amapiano star Sha Sha has won the BET Viewer’s Choice award, This was revealed by BET on their official Twitter page in a tweet that reads:

According to GH Gossip Sha Sha beat Nigerian singer Rema who thought he would win the award:

Sha Sha from Zimbabwe came out victorious in the category, she took home the prestigious award in the virtually organized show last night over Rema who was thought to be the winner. It’s safe to say while he was chilling with his alleged girlfriend, Sha Sha was steady making moves to win the award.

Congratulations have already started to pour in as Jah Prayzah opened the flow by tweeting:

Just waking up to the good news. Well done and congratulations @ShaShaOfficial_. More wins are coming your way and thank you for representing Zimbabwe