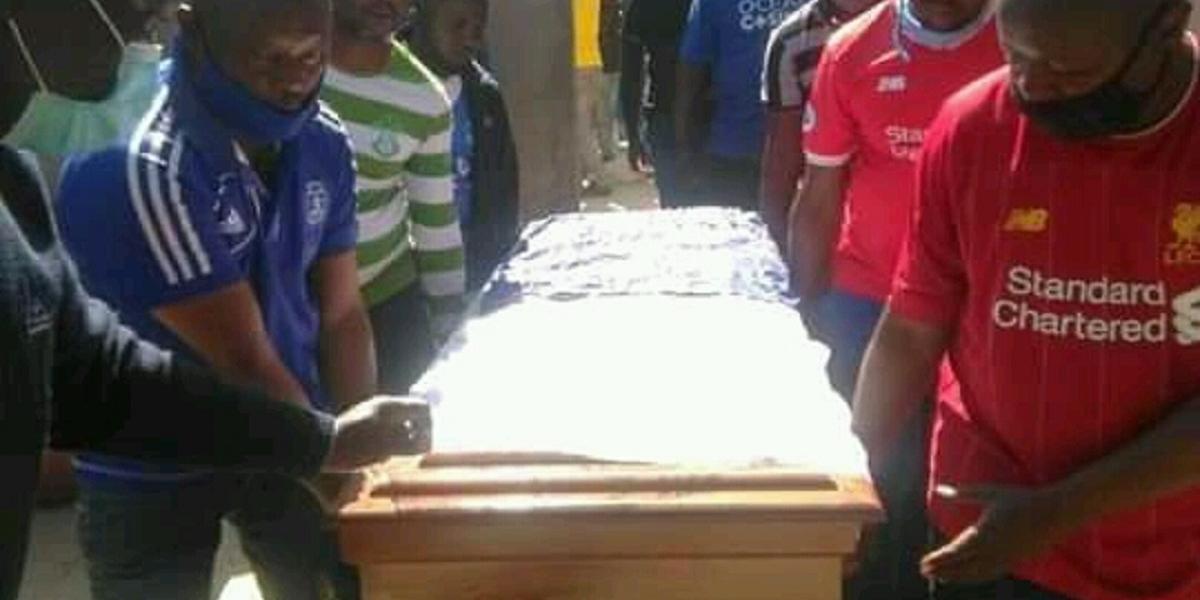 The late Dynamos Football Club assistant coach, Biggie Zuze was on Monday laid to rest in Bindura his hometown. Zuze passed on last Thursday at High Glen Cimas Clinic due to pulmonary infection.

His funeral was attended by locals and a handful of his club’s officials comprised of 5 Executive members, 4 Technical team members and 5 players.

The event was also attended by hundreds of Dynamos fans, rival clubs, most notably Caps Utd, Highlanders and Bindura’s own Simba Bhora who wanted to pay their last respects to the Zimbabwean football Warrior.

Demabre.net reports that many more lined the streets to catch a glimpse of the funeral hearse as it made its way to the cemetery.

The funeral hearse passed through Chipadze Stadium where many more residents had converged to pay their last respects to Nzou and the coffin was finally lowered into the grave draped in a Dynamos flag and match-ball.