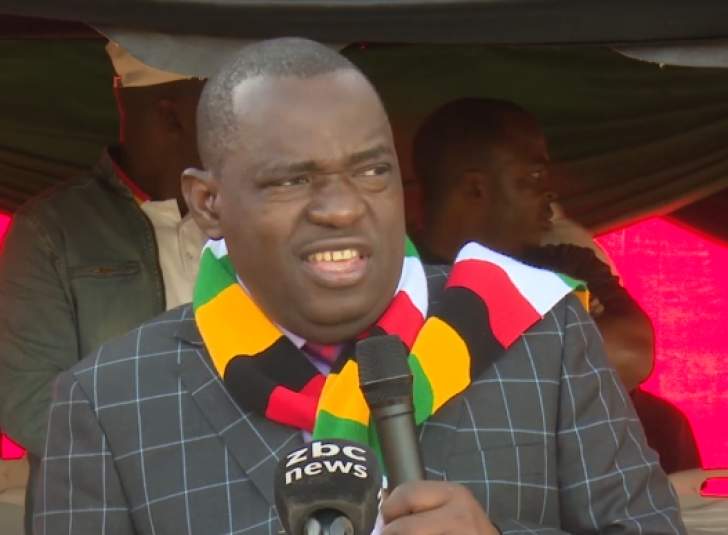 While on what seemed like a campaign train In Mberengwa yesterday SB Moyo took the presence of the press to send a chilling warning to ambassadors assigned to Zimbabwe to stay in their lane and not get involved in local issues, the Chronicle reports.

Moyo also said his government is not in the business of abducting people and said the human rights abuse cases were fabricated when he said:

And normally when we are going towards regional or international meetings, we are accused of human rights abuses. For example, why would the Government abduct Dr Peter Magombeyi, a junior doctor for that matter? What has he done? What does he have? About 4 000 health workers were engaged by Government recently to assist in the fight against the spread of Covid-19. Some haven’t received their first salary and are already striking. Why allow to be used by other people? You are an essential service and it affects the lives of ordinary people

There are three other women from the opposition who said they were abducted. Abducted by who and why? Tapiwa Mashakada after fighting in the opposition revealed that Dr Magombeyi was never abducted. All these stories are aimed at tarnishing our image.

They want to portray the country as violators of children and women rights which is not true. We are a law-abiding nation and we follow and recognise people’s human rights. We care for the people at all times because we must be together in all situations. We are a pro-people Government

The international trade minister is one of the November 2017 coup plotters that saw the end of Robert Mugabe’s 37 years of power.