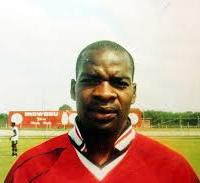 Former Highlanders captain Dazzy Kapenya said that it is his ambition to coach in the Premier Soccer League (PSL) and it will be a dream come true to coach Bosso.

Kapenya, a holder of a CAF C licence, is currently the head coach at ZIFA Southern Region Division One side Casmyn and will need to obtain a CAF A licence to take charge of a PSL team. He said:

I have ambitions to coach in our PSL. I know it is everyone’s dream to coach a team he played for and it will be nice to coach Highlanders if I get the chance.

I am focusing on my coaching career and whoever needs my services in the near future I will be available. I have to start somewhere as a person.

If his dream comes true, Kapenya would follow the footsteps of several players who returned to coach Highlanders after hanging their boots.

One Comment on “Dazzy Kapenya: It Will Be A Dream Come True To Coach Bosso”