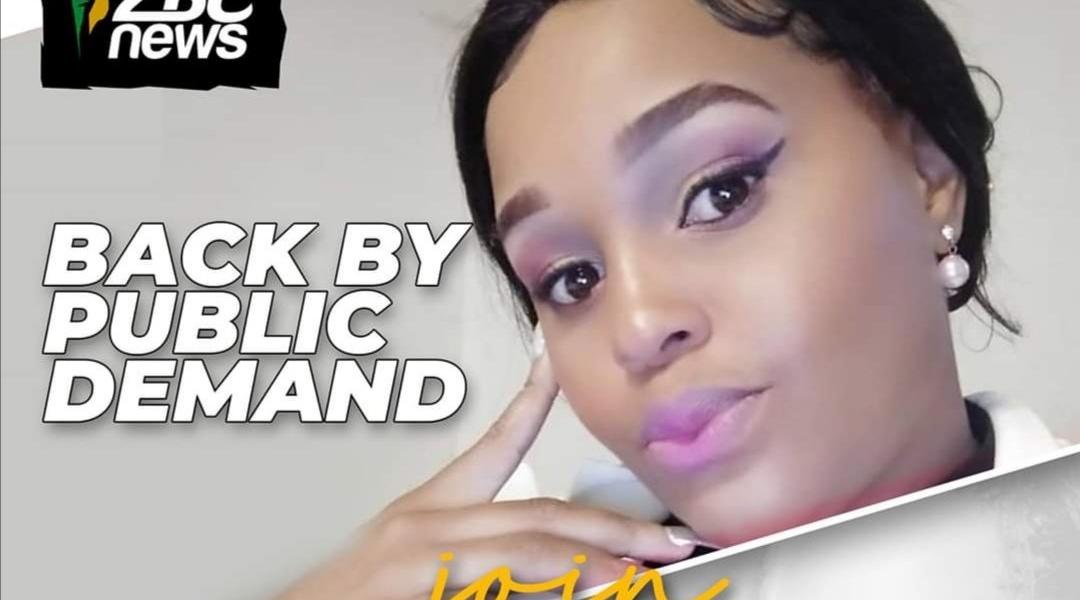 The story of a ZBC News cameraman is typical of banana republic stuff. At the weekend, Secretary Nick Mangwana was embarrassed when he was caught lying about a video clip featuring President Mnangagwa making false donation claims. He blamed a cameraman who is now suspended.

Some of you will recall that short story. Mangwana claimed that that the video clip was not played on TV because apparently Mnangagwa had “sussed out” that he had been lied to by Drax. Media Monitors Zim rebutted that false claim with a ZBC news clip. Mangwana was exposed.

This exposed and sufficiently embarrassed Secretary Mangwana who sought refuge in blaming the cameraman. It seemed like a ridiculous joke. But now it turns out that the cameraman has been suspended without pay. This vindictiveness is callous but not untypical of this regime.

ZBC News director of news Gilbert Nyambabvu reportedly wrote the suspension letter to Marodza citing “gross misconduct”. They are saying he “smuggled” the video clip into the news bulletin. This is ridiculous as a cameraman has no power to determine news bulletin content.

If a cameraman has the power to determine the top story of the main news bulletin then there is something terribly wrong at the state broadcaster. Of course, this is false and the cameraman is the fall guy. There are more senior people who make those decisions, not a cameraman.

There’s also a contradiction between the director of news Nyambabvu and his boss Sec. Mangwana. Nyambabvu says the video clip had been rejected for poor sound quality. But Mangwana had told us it was because Mnangagwa had “sussed out” that he had been lied to.

It is clear that cameraman Marodza is a mere scapegoat. Secretary Mangwana alleged a “scam” after he was exposed for lying that the video clip had not been played on ZBC News Instead of apologising for the lie, vindictiveness against a cameraman is the outcome.

How can a cameraman be blamed for a news bulletin content when the broadcaster has a director of news, an editor and many others who have a role in determining editorial content? This smacks of criminal abuse of power, something in ZACC’s jurisdiction.

When Sec. Mangwana chided former newsreader Lee Ann Cara for reading the news item and she responded in kind, it seemed like it was all in jest. But this suspension of a cameraman suggests the man was hurt and serious. The newsreader could have been suspended.

However, the newsreader is free, having just left the broadcaster recently. But knowing this regime and the vindictiveness shown by the principal characters in this story, I wouldn’t be surprised if they go after her too. As I always say, with ZANU PF, always expect the worst.

Let’s recall this is all because of corruption involving senior members of the Zim Government and an obscure entity called Drax, fronted by a criminal. It is Mnangagwa who has a duty to explain how and why he presented US$60 million contracts with this entity as a donation.

Meanwhile, Mangwana, who is the permanent secretary in the Ministry of Information, Publicity and Broadcasting Services has said the newsreader, Lee Ann Bernard has since been re-engaged by ZBC.