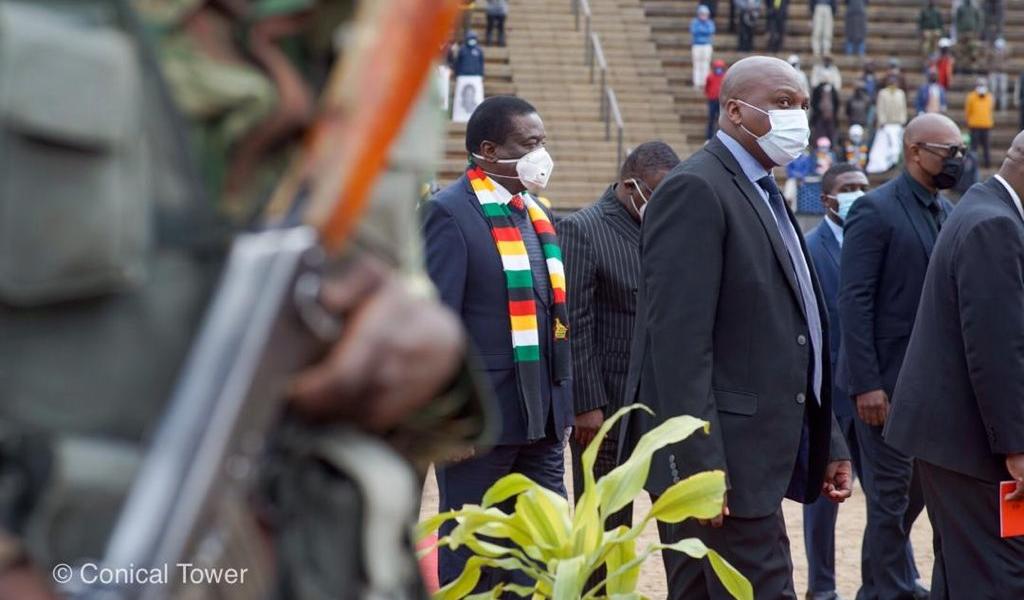 President Emmerson Mnangagwa has warned his government will tackle “malpractices” that have undermined efforts to end the country’s prolonged economic crisis.

Addressing mourners at the National Heroes Acre in Harare this Wednesday during the burial of national hero Stanley Nleya, Mnangagwa said Zimbabwe is facing a war fought using neither guns nor bombs.

He asserted that the ongoing war and is against the country’s economic prosperity and rallied mourners to remain steadfast. He said:

It has become apparent that in our midst there are wolves in sheep’s clothing. The end is coming.

… Let us never be complacent, the war of today has neither guns nor bombs. The war against our economic prosperity is ongoing.

Rest assured that the enemies of progress and economic growth of our country will never win. The challenges we face are not insurmountable.

Mnangagwa’s comments echo remarks he made two weeks ago when he blamed private business for the country’s economic woes.

Since becoming president on the back of a military coup in November 2017, Mnangagwa’s attempts to stabilize the economy have borne little fruit – consumer inflation is running at 786%.

Fuel prices were hiked by over 150 per cent in January 2019, and again this Tuesday but this has not ended fuel queues.

3 comments on “Mnangagwa Warns ‘Wolves In Sheep’s Clothing’; Says ‘The End Is coming’”