Following the introduction of a Foreign Exchange Auction Trading system by the Reserve Bank of Zimbabwe (RBZ) which came into effect this Tuesday, the official Zimbabwe dollar exchange rate to the US dollar is now $57.36.

The new exchange rate comes after the central bank announced last week it would dump the fixed rate of US1: ZW25 which was in use since March.

Results of the first auction conducted by the RBZ show that the highest rate to the greenback on offer was $100 while the lowest was $25.5.

The new official exchange rate, however, remains way below the parallel market rate which is running at between $80 and $95 to US$1 depending on the method of payment.

Total bids amounted to US$11.4 million while the total amount that was allotted is US$10.345 million.

92 bids were received with the lowest bid being 25.50 and the highest bid being 100.00 which were subsequently weighted and averaged to get 57.36.

This exchange rate will run for one week until next Tuesday when the next auction is held. In terms of the new system, the auctions will be held every Tuesday

This means that we will have a new rate every week – provided it changes. 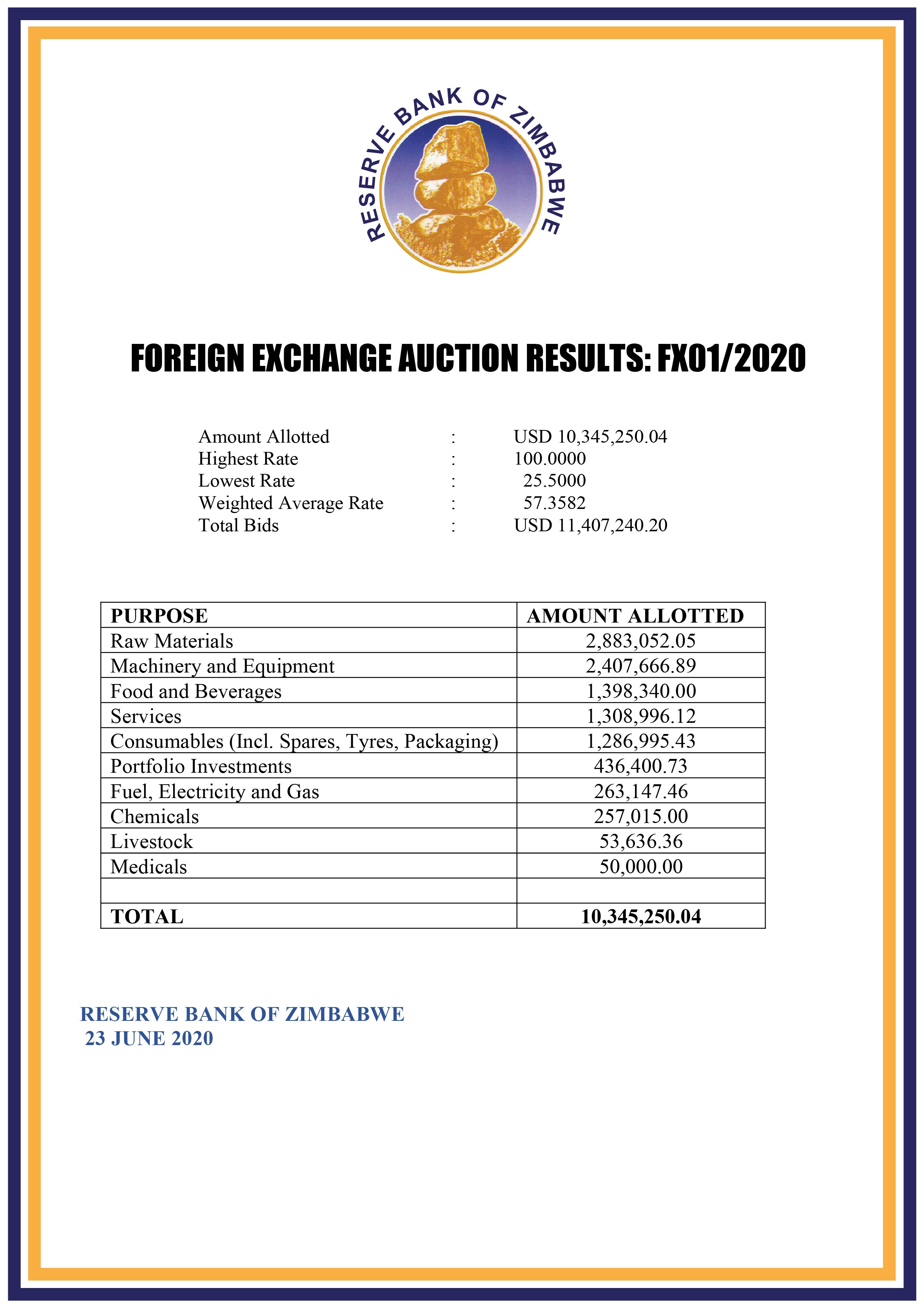