Court papers suggest that Zimbabwe was prejudiced of at least US$40 million by the Minister of Health and Child Care, Dr Obadiah Moyo when he authorised the procurement of medical equipment fro Drax International.

The State suffered a potential prejudice of US$40 million. 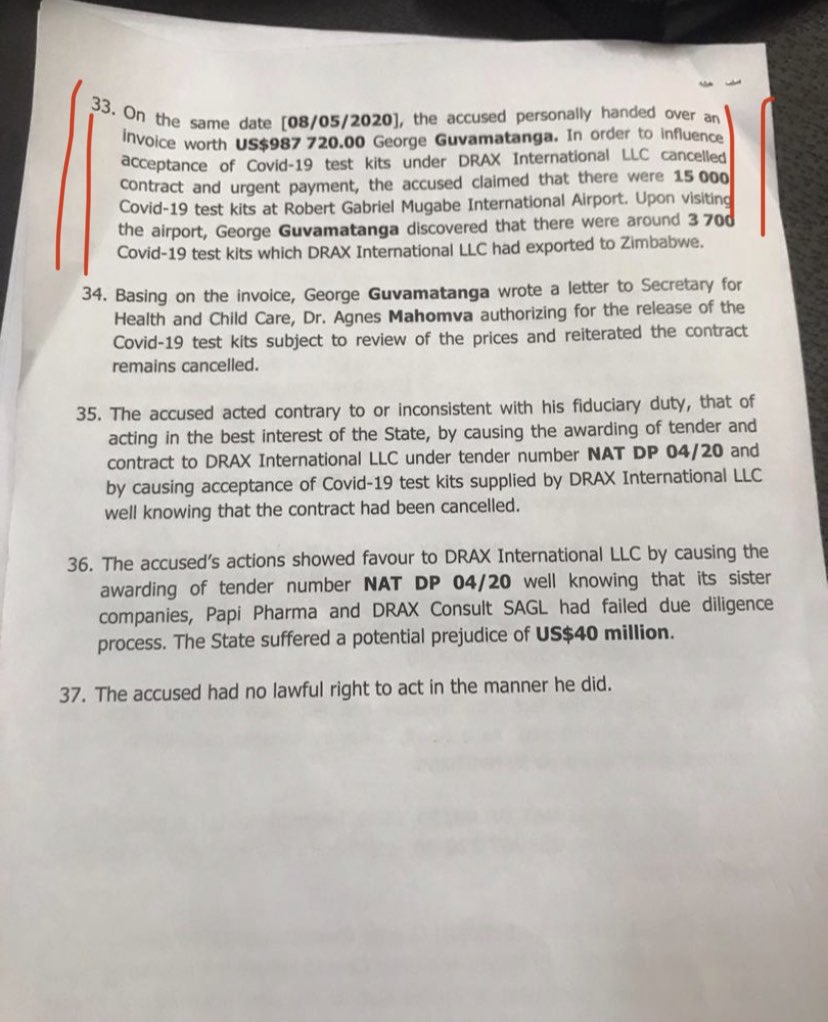 Award-winning Zimbabwean journalist, Hopewell Chin’ono, one of the people who exposed the rot, observed that the nation could have been robbed of millions more than stated by the state. He posted on Twitter:


The saga has sparked public outrage and scepticism over the government’s seriousness in fighting corruption.

Zimbabweans, South African politicians including Julius Malema and Mmusi Maimane and other nationalities, have urged president Mnangagwa to 1) stand down, 2) dismiss Moyo and 3) make sure that Moyo pays back the money the state lost.

None of the above has happened, yet.