The state has detailed how Health Minister Obadiah Moyo engaged a company called Papi Phama LLC to supply medical sundries to the health ministry in one of the 3 abuse of office cases the NPA has compiled against the Minister. The state alleges that Moyo simply ordered the ministry to process Papi Pharma’s papers without going to tender.

9. On 29 May 2019, NatPharm then used a direct purchase method anawardetl tender number NAT DP 11/19 to Papi Pharma LLC before due diligence was concluded.
10. On 14 June 2019, an adverse report was received from the Secretary for Foreign Affairs and International Trade, Ambassador J. Manzou indicating that the company and its Director, Kiodian Allajbeu were linked to a terrorist group known as Gulen Movement.

11. By causing the awarding of a tender and entering into a contract with Papi Pharma LLC, the accused showed favour to Papi Pharma causing potential prejudice of US$15 million to Ministry of Health and Chi LLC Child Care. a 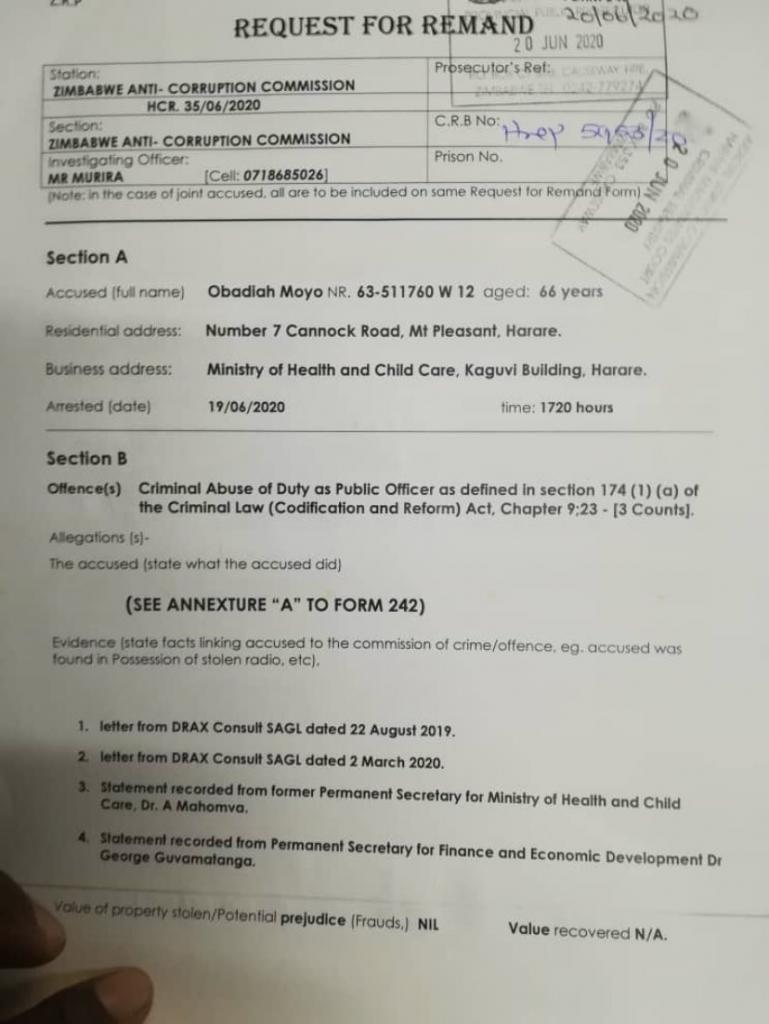 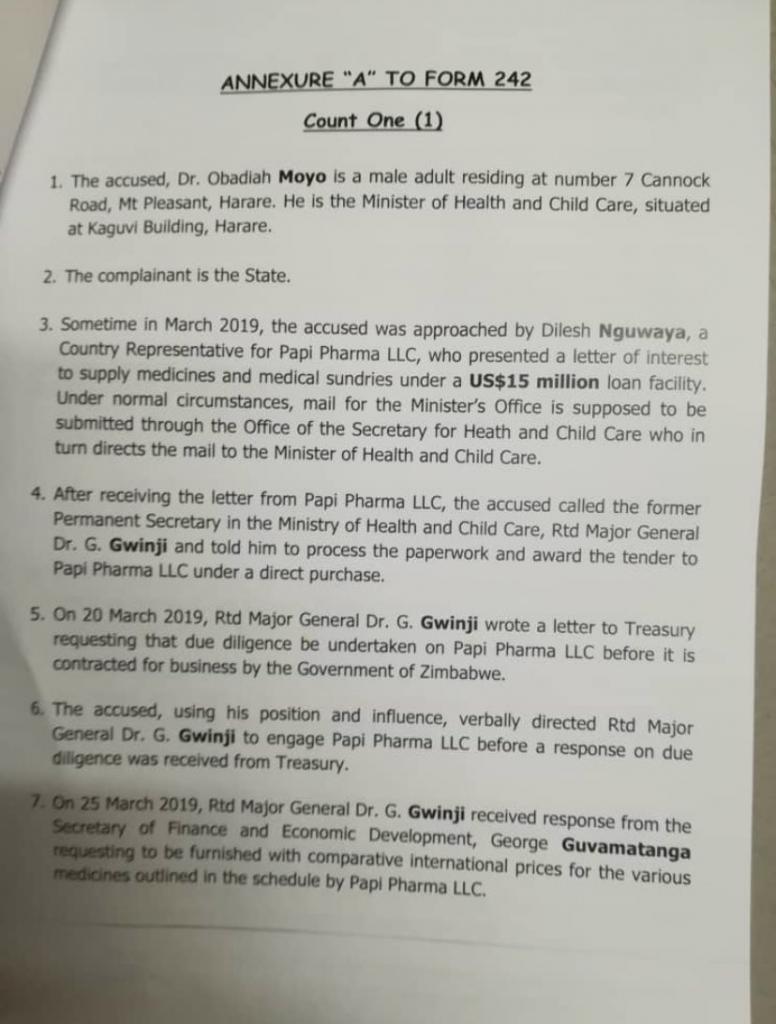 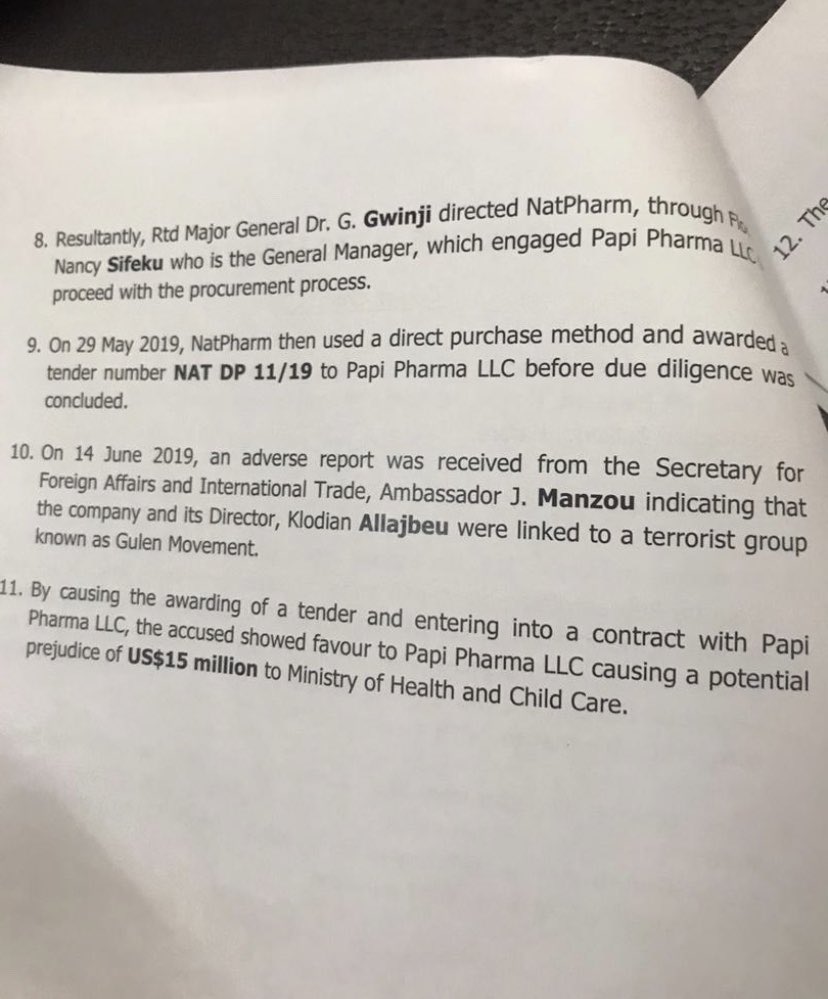 2 comments on “FULL TEXT: The State’s Case Against Obadiah Moyo On How He Handpicked Papi Pharma LLC To Supply Medical Sundries To The Ministry Of Health”