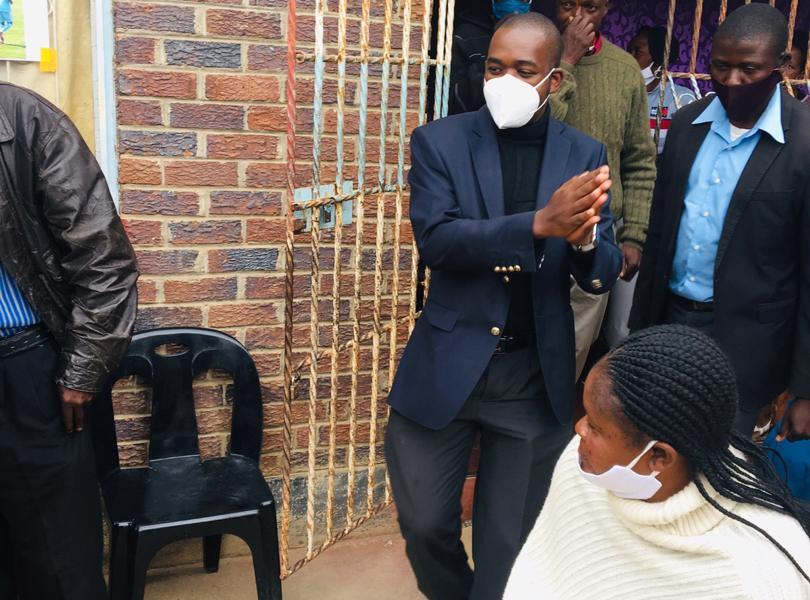 MDC Alliance leader Nelson on a visit Chitungwiza to celebrate the birthdays of Kelly & Janelli Choto. Their father, Mr Choto was arbitrarily killed in cold blood by soldiers in the January 2019 demonstrations in Makoni, Chitungwiza. (17/07/20). PIC: MDCA

MDC Alliance leader Nelson Chamisa has promised to look after Chantelle Choto, the daughter of a rising Chitungwiza footballer who was gunned down by police during the violent January 2019 protests against fuel increases.

Chamisa made the pledge at a surprise birthday party for the two-year-old daughter of Kelvin Tinashe Choto, who was shot and killed on 14 January 2019 during a standoff with police officers at Makoni Shopping Centre.

Chamisa condemned the government for “ignoring” the Choto family as no government official had visited them to pay condolences or see how they were doing since Tinashe’s death. Said Chamisa:

Nothing will ever move smoothly in this country if the current government takes its citizens for granted and not initiate healing processes to affected families.

Police shot the then 22-year-old footballer in the head and his death resulted in protestors charging at Makoni Police Station leading to the burning of several vehicles.

The government blamed the protests on the opposition MDC Alliance and the deaths of protestors on a mythical “Third Force”.