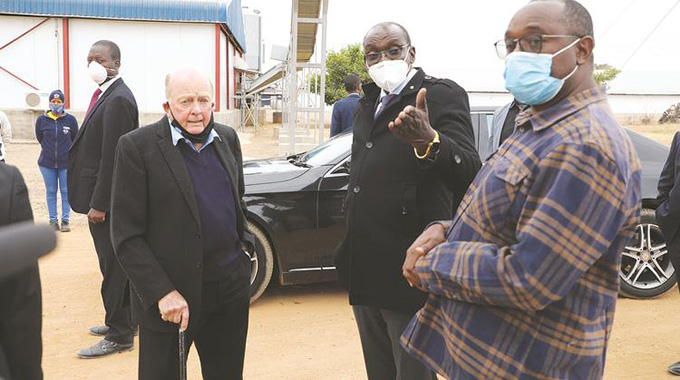 VP Mohadi promised Irvine that he will look into the challenges the company is facing and see how the Government can ameliorate them.

Addressing the media after the tour, Mohadi said Government was committed to working with the private players to increase production. He said:

We expect many organisations to carry activities that bring in foreign currency to achieve Vision 2030. We want to partner private business to achieve our intended goals as the Government.

… So, the Government will always want to partner the private sector in achieving that. We cannot achieve it as the Government because we don’t run any business.

Irvine’s Zimbabwe sells over 500 000 day-old chicks per week throughout the country.

The company is engaging in chicken out-growers’ scheme, benefiting a number of people directly or indirectly employed by the company.