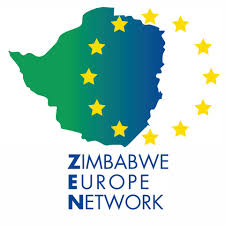 The Zimbabwe Europe Network (ZEN) is deeply concerned about the closing of democratic space in Zimbabwe, especially against the background of the deteriorating and multi-layered Zimbabwean crisis.

ZEN is particularly worried the Zimbabwean government is taking advantage of the COVID-19 lockdown to further limit space for opposition members, journalists and human rights defenders, who have been victims of increased harassment and criminalisation in recent weeks.

The abduction, torture and subsequent prosecution of three female opposition members, is the latest of a growing number of human rights violations and an increasingly politicized conduct of the security forces and the judiciary.

ZEN continues to amplify the concerns of Zimbabwean civil society with regards to the recently proposed constitutional amendments, which include the centralisation of power and the weakening of independent oversight institutions.

In this context, the absence of dialogue is cause for concern, as genuine inclusive dialogue is needed to find national solutions.

The lockdown has worsened the pre-existing food insecurity and vulnerability of Zimbabwean citizens, who are mostly unable to access clean water, food and medical attention.

ZEN, therefore, welcomes international humanitarian assistance, although the serious allegations of corruption and continued politicization of aid contribute to the shrinking of space.

The recent events need to be understood as a continuation of a long trend of sustained pressure on democratic space in Zimbabwe, especially since the 2018 elections. Therefore:

By staying actively engaged and continue its value-driven and inclusive support, the EU and its member states can and should contribute to a better future for Zimbabwe.