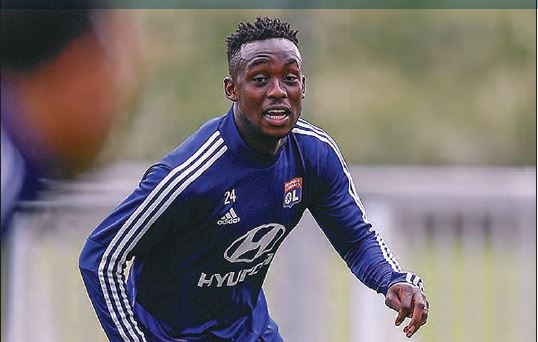 Former Warriors defender Harlington Shereni has made claims that French Ligue 2 side Le Havre contacted him before they signed Tinotenda Kadewere, SportBrief reports.

Shereni apparently made the claims while he was speaking to Newsday:

Before Le Havre signed him, I was given a call where they wanted to find out what kind of a player he was and I gave a good word for him. That’s a good buy they got and they sold him at a very good price as well. They made good business out of him.

Speaking about Tino as a player, Shereni said:

When it comes to his play, he has got very good runs as a striker. He goes into those positions where you normally expect strikers to score goals from,

Tino is very quick and that helps him to get away from defenders. He also has good height and his technical ability is quite good, so overally he is not a striker that depends on one aspect of his game. So I feel that he will do well at Lyon because technically, speed-wise and his vision of the game is very good as well.

Tino has since moved on from Le Havre and unveiled that he signed with Lyon last week.