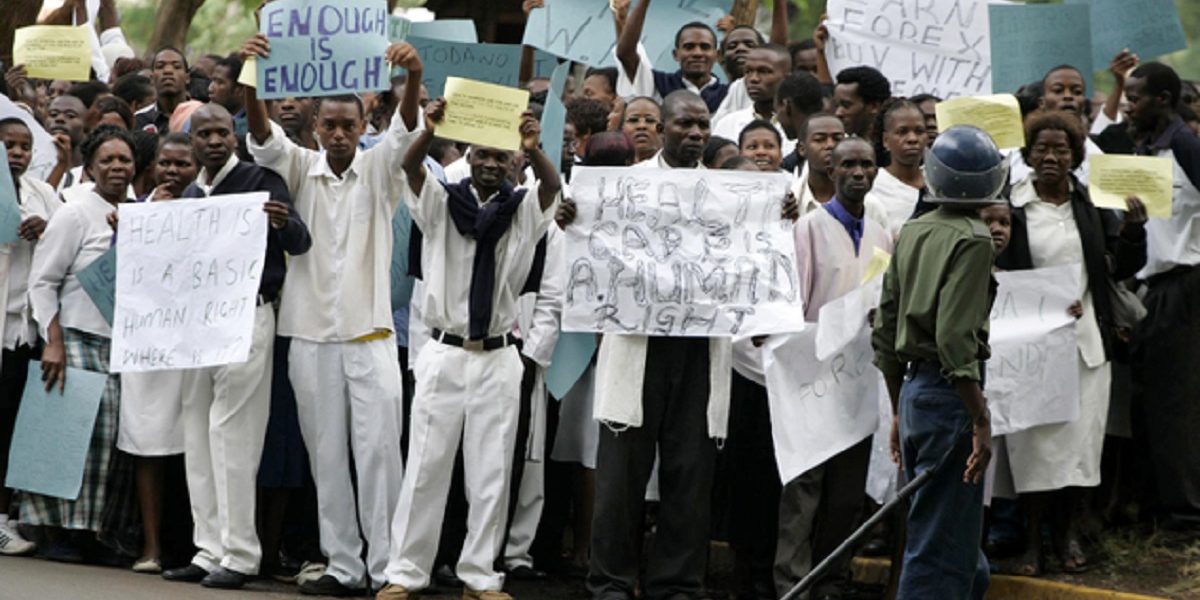 Nurses working in Zimbabwe’s public health system on Tuesday received their June salaries which were $2 000 less than the roughly $6 000 they received in May.

Nurses were not the only ones affected by the salary “cut” as other civil servants received salaries with a difference ranging from about $490 going upwards.

The Zimbabwe Nurses Association (ZINA) president Enock Dongo said the June salary has incapacitated nurses from going to work at a time when the country is fighting the coronavirus. Said Dongo:

There was a slash in terms of the total package and after inquiring with Government we were told that this is due to arrears that were being paid.

It was spread over four months from January. Now the four months elapsed and we are now back to reality and we always knew that would happen.

How are we going to budget with $3 500 as we are the people going to work while everyone else is on lockdown and we are not being provided with transport?

Whatever Government will offer us in local currency will be inadequate as prices are going up on a daily basis.

We are in the middle of the COVID-19 crisis and we do not want to withdraw our labour as that would be a recipe for disaster.