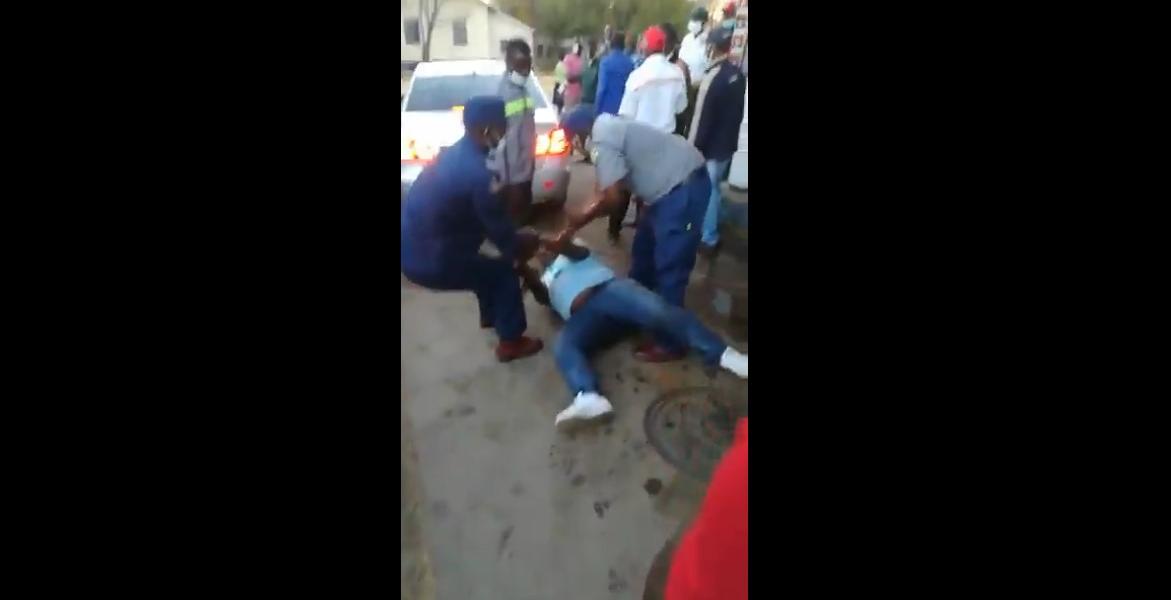 According to Habakkuk Trust, as cited by Kubatana, citizens are being beaten and harassed in Bulawayo and denied entry into the CBD Tuesday morning.

Roadblocks manned by army officials and the police are reportedly turning away ZUPCO buses and all private vehicles with only the civil servants comprising nurses, police, and army details being allowed to proceed.

There are reports of beatings by security forces driving people in bank and fuel queues out of the CBD.

No warnings were issued by government prohibiting citizens from going to work or accessing the CBD, this came as a shock to many residents as they were told they are not allowed into town today.

ZUPCO bus drivers and conductors were reportedly informing residents that they were instructed by army officials to carry civil servants only.

Residents who were not ‘essential service’ were told to disembark from buses at a roadblock in Matshobana and private cars were turned back.

Watch the video on a handcuffed man being dragged on the ground by police officers: