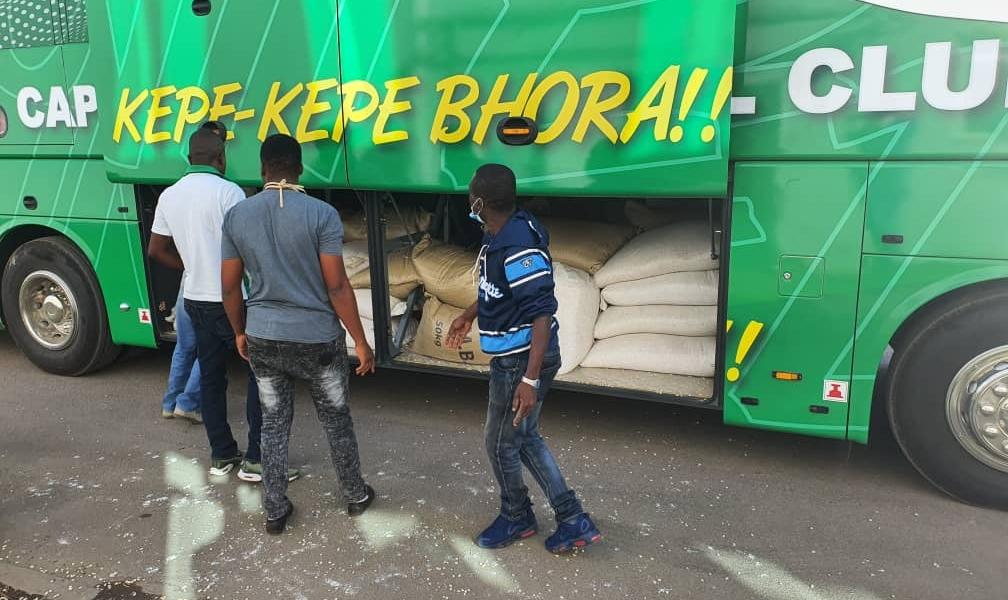 Former Caps United striker Nyasha Mushekwi said he has no power to decide how CAPS United should use the bus he donated to the club since it’s no longer his.

He made the remarks during an interview with Star FM‘s Yvonne Mangunda on Instagram after the bus was pictured loaded with sacks of maize. Said Mushekwi:

Many people have asked about my thoughts regarding that picture, but I told them it’s not my bus.

They (CAPS United) can use it in whatever they want, even putting pigs underneath.

It’s up to them, not me and at the end of the day they know what’s best for their bus.

CAPS United has existed for many years, who am I to tell them how to run something because I donated it.

I believe if you give something to someone, it’s not your business to monitor how they are using it.

Mushekwi donated the luxury coach last year for his club to use as a team bus.

The club said the maize was to be distributed to the players and staff to cushion themselves during this lockdown.