Following a strong-worded denial of any form of association between the First Family and Delish Nguwaya, a trove of pictures has surfaced, showing the controversial businessman in the company of the Mnangagwas at different occasions.

One of President Emmerson Mnangagwa’s twin sons, Collins, who appears with Nguwaya in different pictures, issued a statement a few weeks ago denying any knowledge of Nguwaya and distanced himself from Drax International and went as far as threatening legal action against publications that had linked him to the latter.

Acting ZANU PF spokesperson Patrick Chinamasa also addressed a press conference at which he threatened journalists for inferring any kind of association between the First Family and Nguwaya.

Nguwaya has since been arrested on fraud allegations and will appear in court again tomorrow. However, the reaction to his arrest so far has been that it’s a Public Relations stunt and waste of time.

Below are photos published by ZimLive showing Nguwaya and Jaji Investments’ Zimbabwe representatives in the company of several members of the First Family: 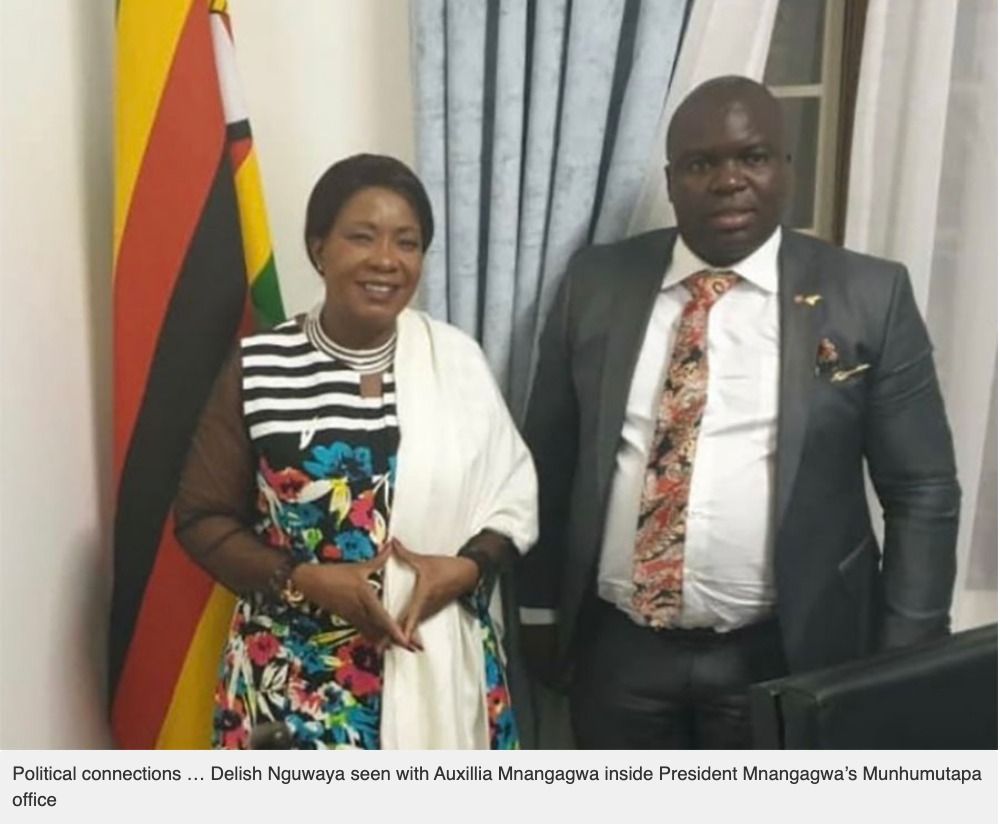 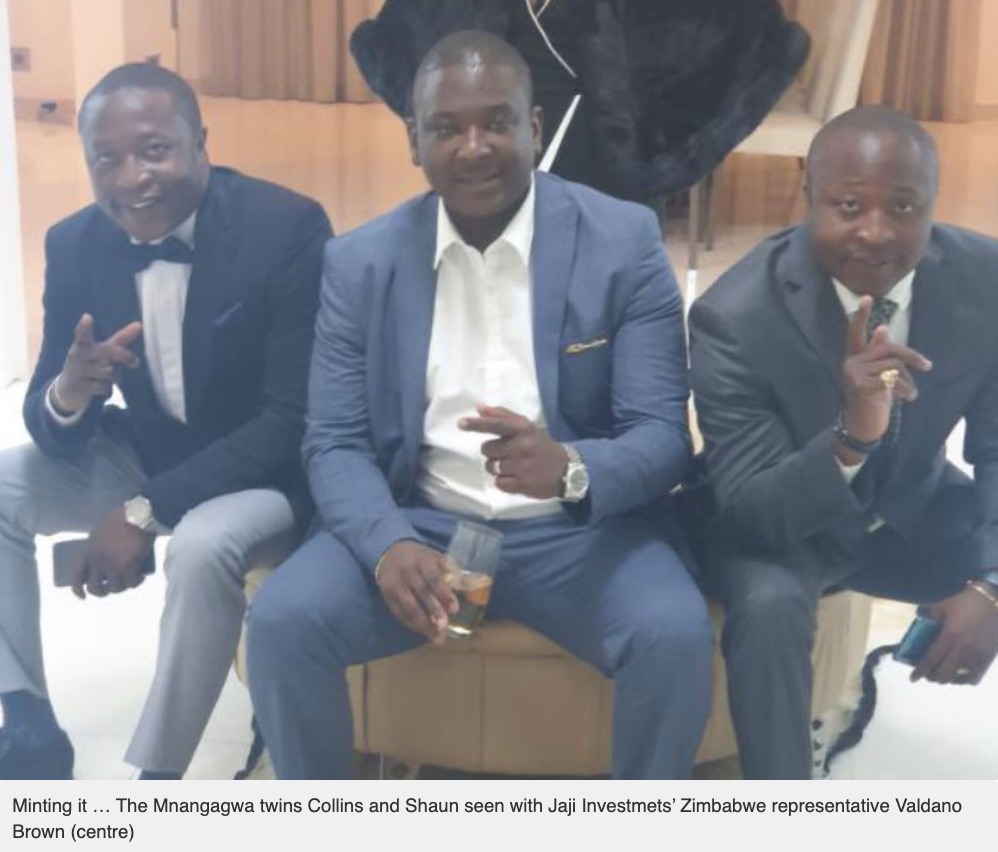 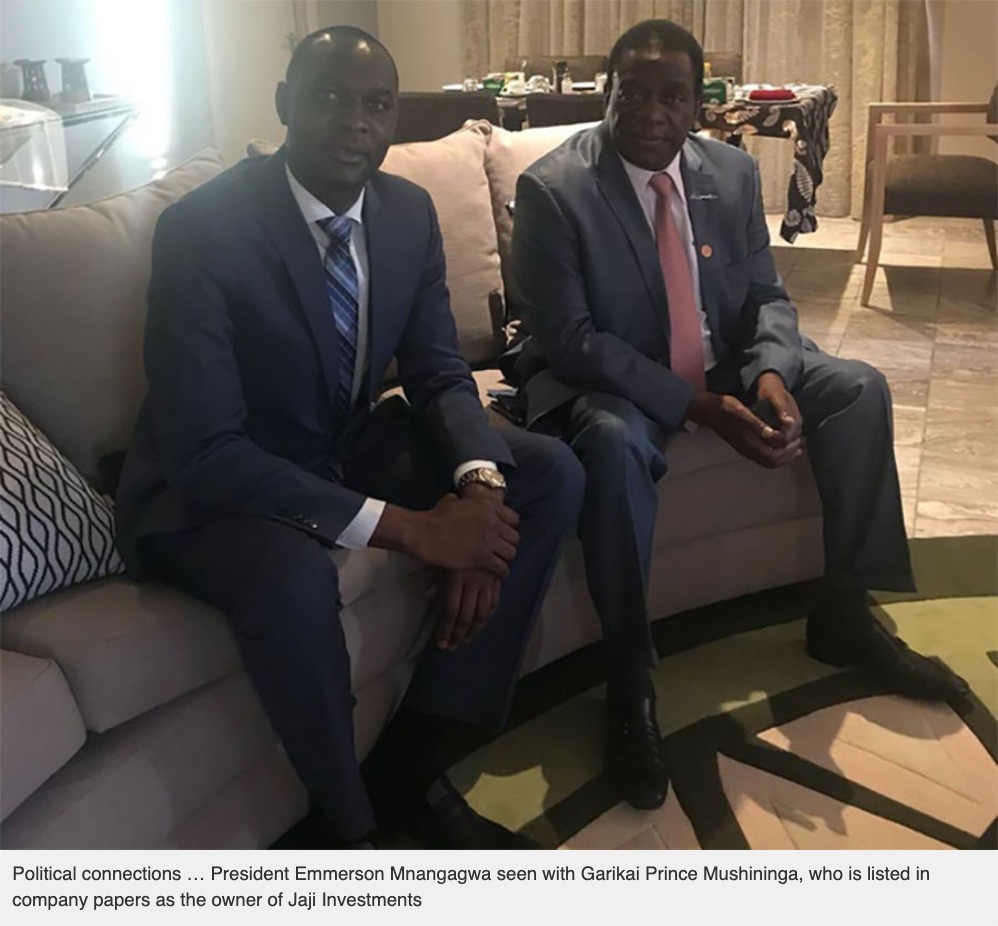 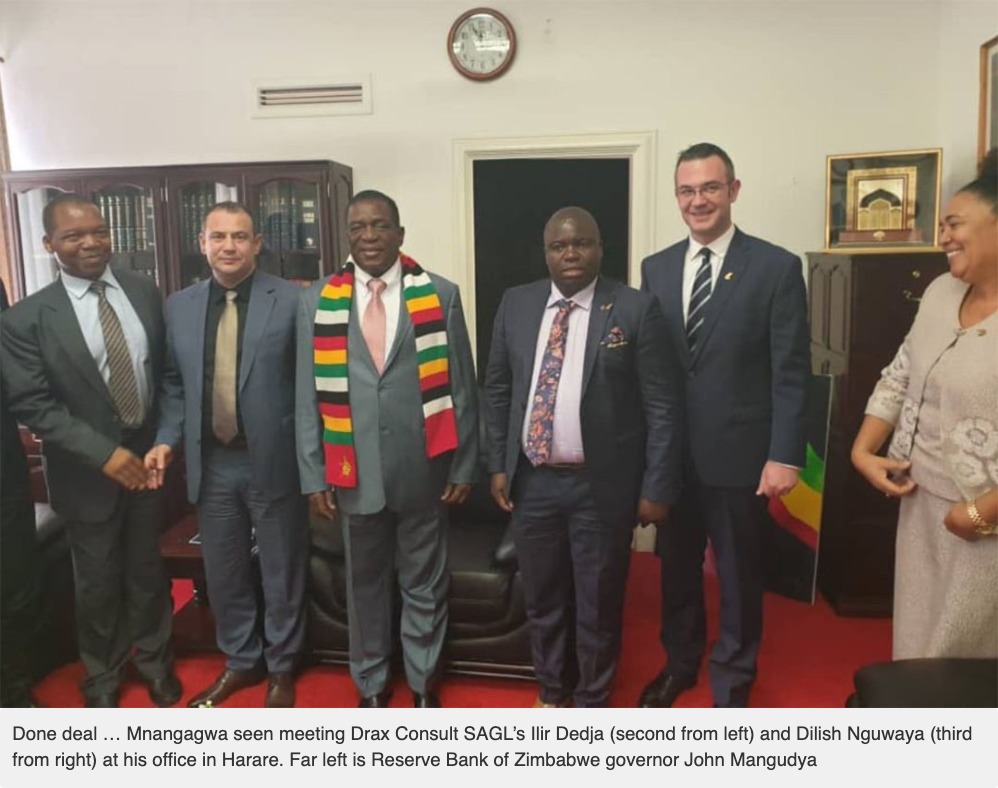 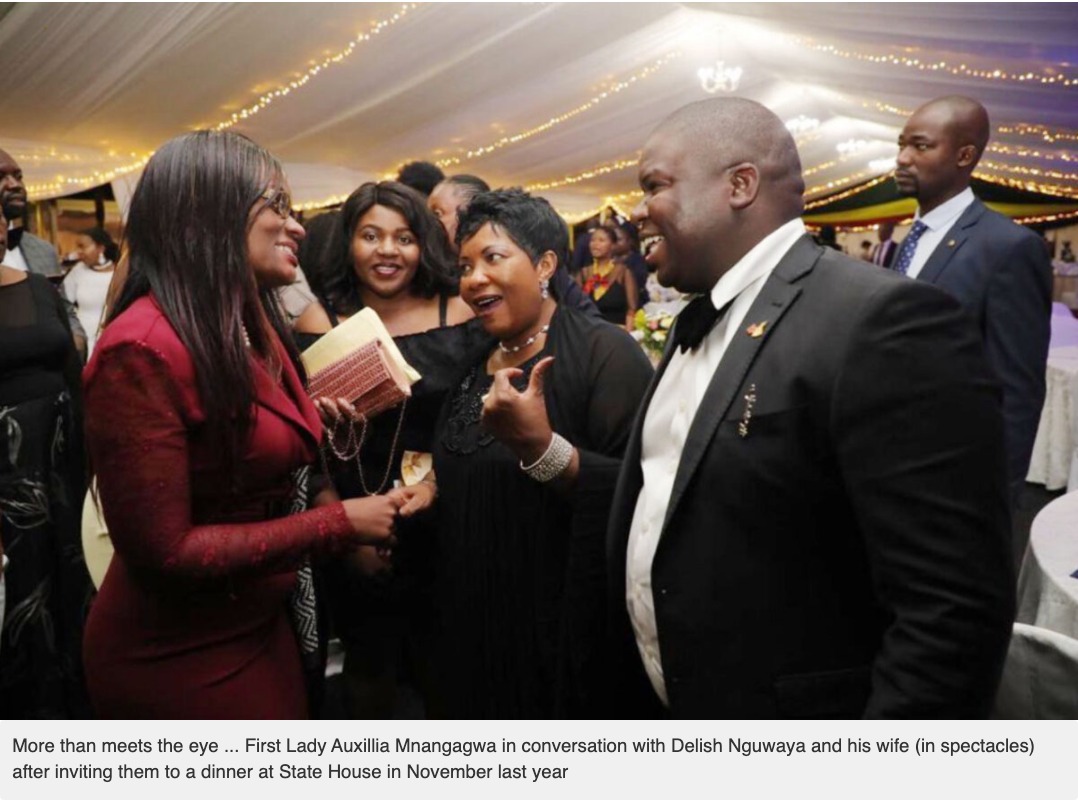 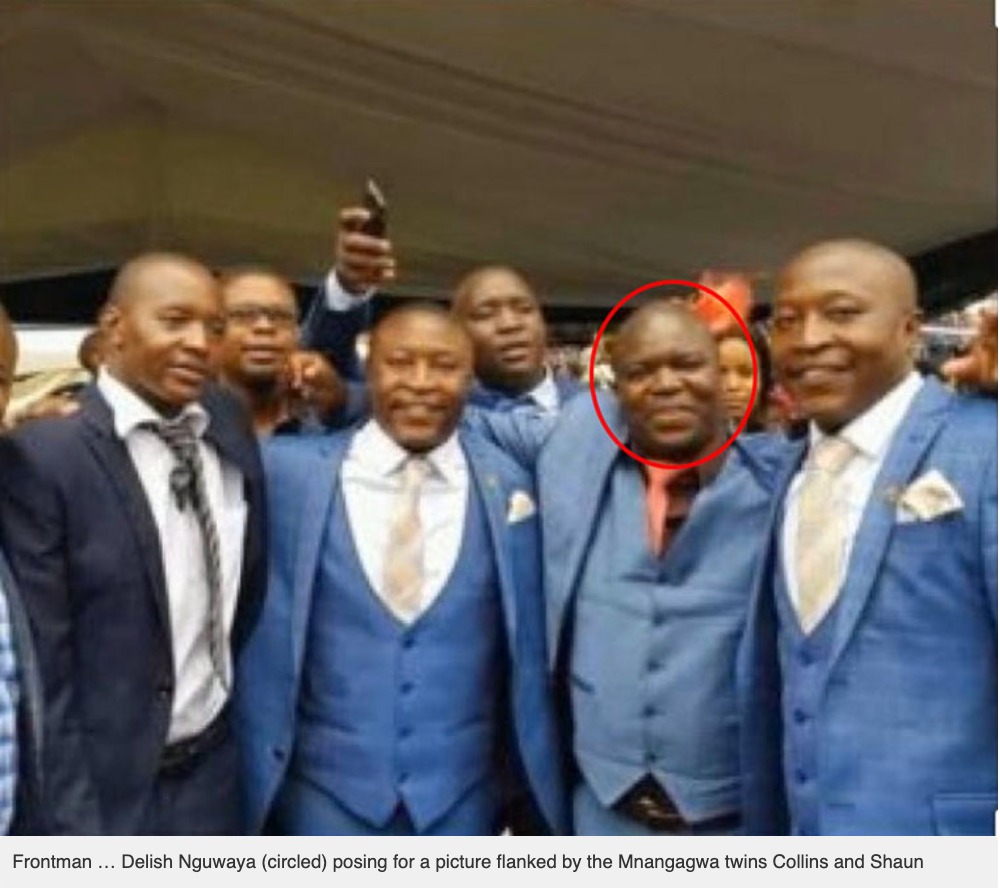 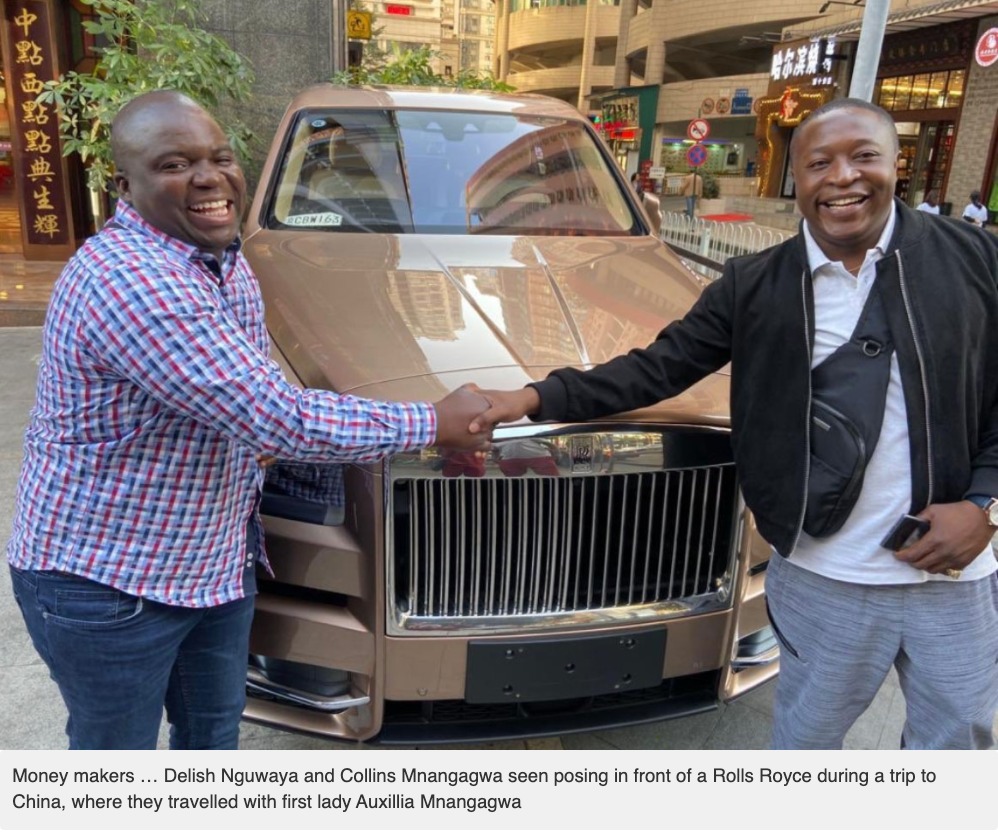 3 comments on “PICTURES: Delish Nguwaya With The Mnangagwas On Various Occasions”