The Elders, an international non-governmental organisation of public figures noted as elder statesmen, peace activists, and human rights advocates, who were brought together by Nelson Mandela in 2007 has criticised the decision by the United States of America to impose sanctions on the International Criminal Court.

The US sanctions against ICC staff are an unacceptable attack and obstruction against international justice. Multilateral cooperation and respect for rule of law is paramount. This latest move will also give succour to other regimes who flout international law and make it harder to end impunity for war crimes. 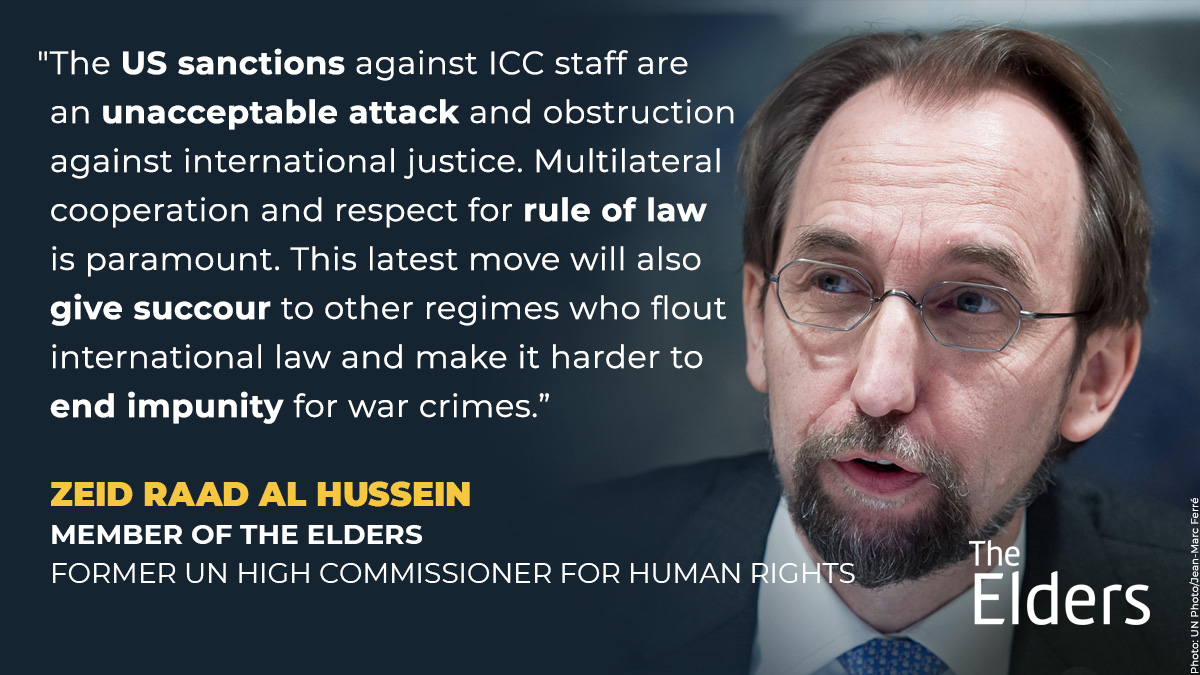 This was after the Trump administration had launched an economic and legal offensive on the international criminal court in response to the court’s decision to open an investigation into war crimes in Afghanistan carried out by all sides, including the US.

In addition to sanctions on ICC officials involved in the investigation of alleged war crimes by the US and its allies, the US will also impose visa restrictions on the families of those officials.

Additionally, the administration declared on Thursday that it was launching a counter-investigation into the ICC, for the alleged long history of financial corruption and malfeasance at the highest levels of the office of the prosecutor.