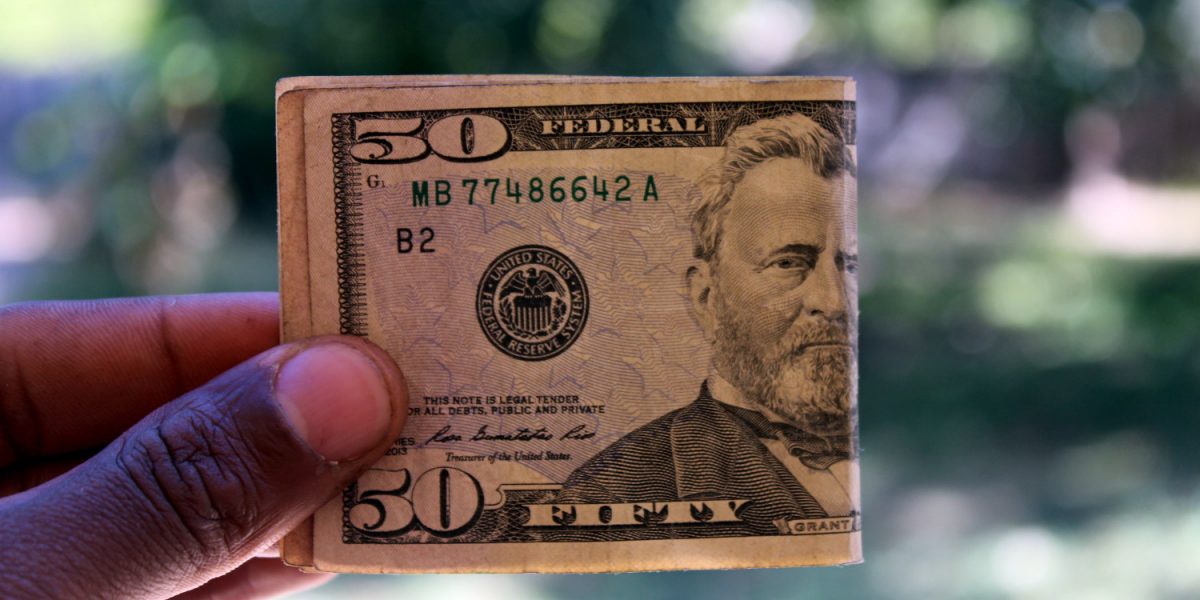 The government of Zimbabwe is reportedly asking returning citizens who are in quarantine centres to pay US$75 for coronavirus tests.
The report was made by one of the quarantined people who exposed the shenanigans to award-winning Zimbabwean journalist and filmmaker, Hopewell Chin’ono.
The note that was sent to Chin’ono reads:

Hi DaddyHope, how are you? May you assist me by informing the country, the powers that be and the world at large, that returnees at quarantine centres, in particular, at Zipham – Darwendale are being asked to pay usd75 for covid19 tests.
I have a young brother who returned from USA on Sunday 7th June after having been bogged down on a cruise ship since mid-February. Him and other 7 of his workmates have been quarantined there and today were asked to pay usd75 or risk spending more days after the mandated 8days if they do not pay.
They were also informed that on Monday 15th they will not be served any meals as it is a National Day of Prayer and Fasting. Thank you. 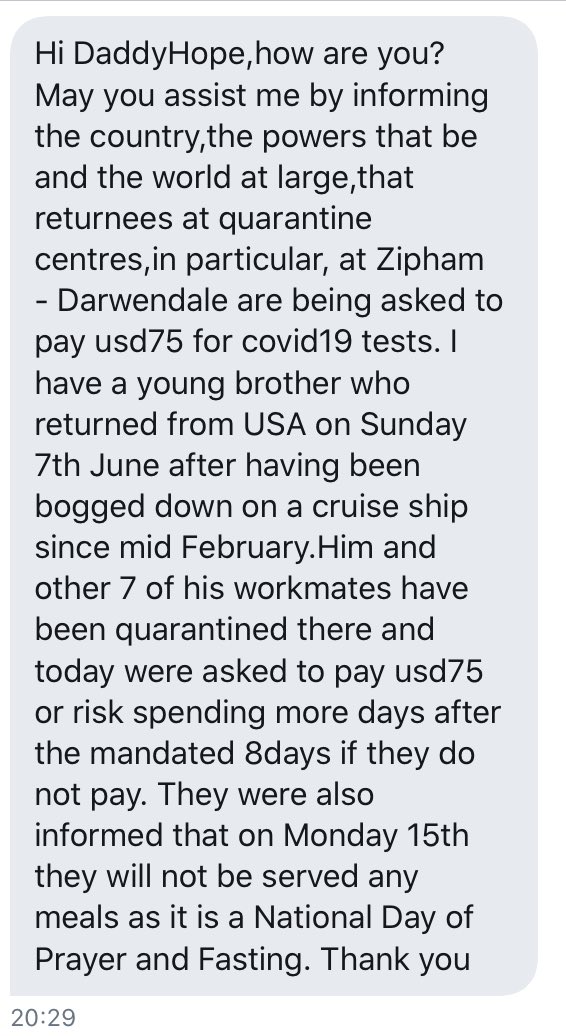 This comes when some are saddened by reports which suggest that the government misused funds that were donated to the country for COVID-19 response.
Calls for the Health Minister to resign have been increasing lately after his ministry, through Drax International, procured very expensive personal protective equipment.
Meanwhile, Chin’ono has upon the citizenry to declare 15 June an Anti-Looting Day and to sign a petition which calls for the impeachment of President Emmerson Mnangagwa.
More: Hopewell Chin’ono