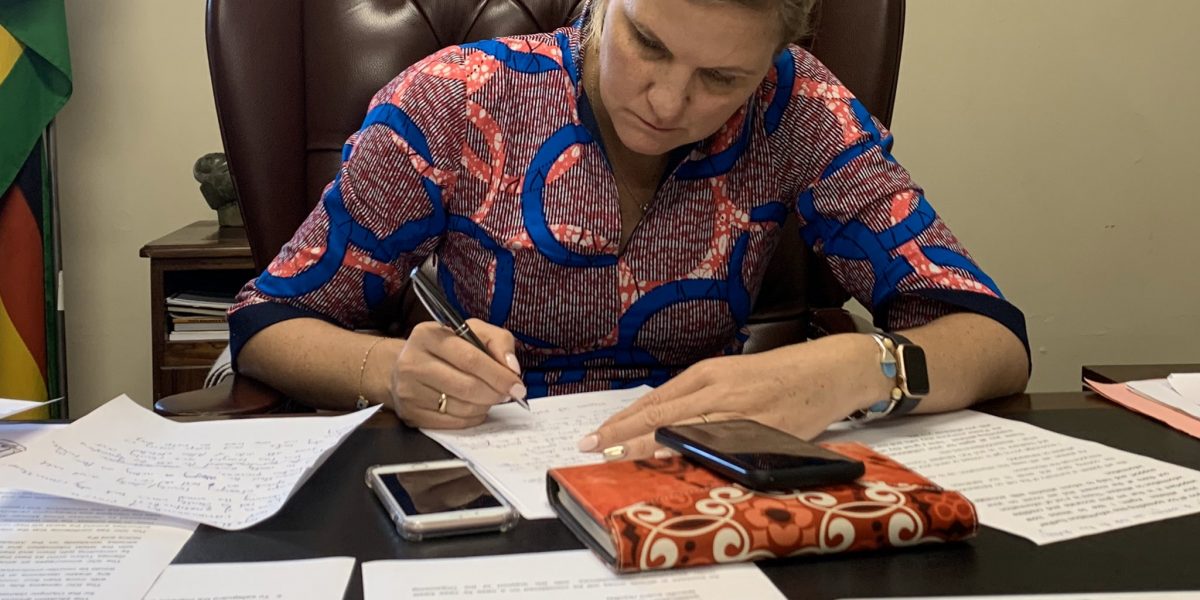 Twimbos have responded to a story that headlined yesterday that the Youth and Sports Minister Kirsty Coventry had grabbed a farm belonging to Robert Zhuwao former president Robert Mugabe’s nephew.

From Olympic superstar to Farm Invader. The tragic downfall of an Olympian gold medalist! This is why they say Never Meet Your Heroes or they will disappoint you. The choices you make in life regardless of your past glory will come to define you. Internationally she is finished

Kirsty Coventry’s farm-grab is illuminating. The Olympian’s actions demonstrate that the collapse of societal values cuts across race, age, class and political affiliation. She’s taking what she can because the system has reduced her (us) to a primal state. We need a major jolt.

How many of you thought Kirsty Coventry would descend to this level of embarrassment. From a global Olympic swimming legend to just another greedy farm invader in Zimbabwe.

We applauded Kirsty Coventry‘s merited appointment and thought this was the beginning of meritocracy, little did we know she will be drowned in the system. Whatever happened to backstroke and surviving under water.

The allocation of land to Minister @KirstyCoventry is above board. The land reform programme is blind to race or colour. Like any other Zimbabwean, Minister Coventry has an unfettered right to own land.

The case of @KirstyCoventry grabbing a farm is a clear sign that once you join the gravy train the fictitious narrative of reforming it from within is but a lame excuse.She looted Youthfund now she’s looting a farm. Fellow cdes know them for who they are. Fascists! #ZanupfMustGo

Recently Zim soccer grounds were found to be substandard to meet the @CAF_Online standards from hosting international games. Whilst CAF was busy inspecting our stadiums, our Minister@KirstyCoventry
was busy grabbing the farm of Mugabe’s nephew @PatrickZhuwao Kumagumo kune nyaya

Masimba Marangwanda
I have not seen anyone asking if the farm allocated to @KirstyCoventry was being productive or not. If the farm was lying idle will you views change?

Kudzai Mtisi
No no no, nomatter how Robert Zhuwao acquired it, we cant let white people do this muZimbabwe mhani

I am very sad that, while the issue of land ownership and Land reform without compensation that has not been resolved, we are entering a new Era of the same cycle. Sadly, the minister @KirstyCoventry Didn’t own this land before land reform

omfg nobody cares about these Rich people problems we already know police an army are mismanaged, bt story abt Kirsty coventry I’m dead, it just shows land reform ws abt getting all the wealth to loyalists..listen I’ll quack like those ducks too give me some land

I hear@KirstyCoventrytrending. Before I finally doze; I take a position. Kirsty my beloved sporting idol/icon. I sharply differ with her often, but è bigger picture was I love her absolutely & will robustly defend her against cowards that perceived her a soft target. Simple

One Comment on “Twimbos React To Kirsty Coventry’s Farm Grab”