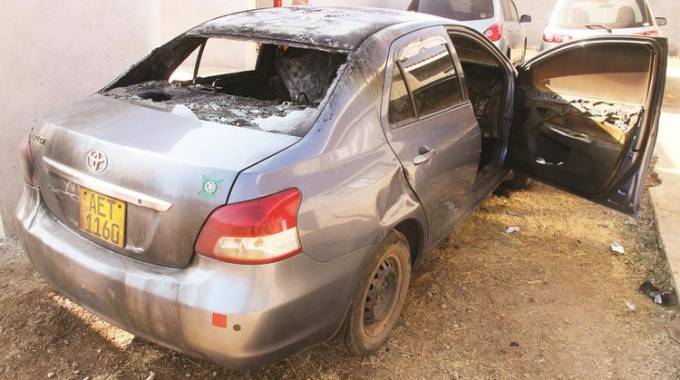 A member of the Khupe led MDC faction, Gilbert Bwende has claimed that his car was petrol bombed, The Herald reports. Narrating his ordeal to the publication said he had already retired for the night when he heard an explosion at his Belvedere residence:

Initially I thought it was an electric fault, but upon further investigations I realised that the car was on fire, my neighbours came and assisted me to put out the fire. I then went and reported the matter to Milton Police after suspecting that it could have been a petrol bomb.

The Zimbabwe Republic Police confirms that we have received a report from Gilbert Bwende concerning an incident in the ZRP Milton policing area and we are conducting investigations.

Mr Bwende reportedly told the state media that he has been accused by shadowy figures of “sponsoring rebels” such as Mr Douglas Mwonzora.