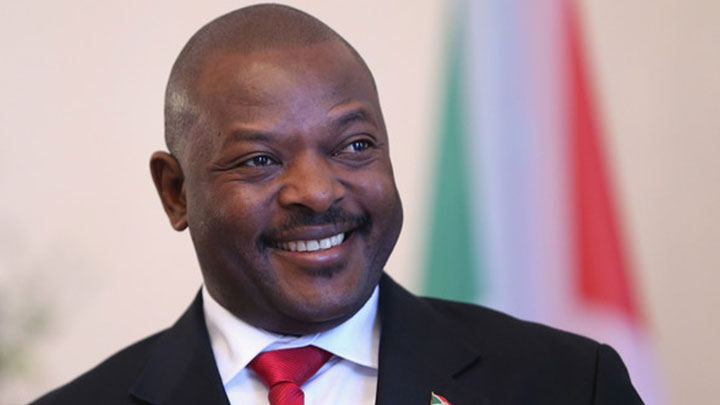 The late outgoing Burundi President Pierre Nkurunziza typifies the majority of African leaders who are obsessed with power and will not hesitate to massacre civilians to remain in office.

Nkurunziza died on Monday (yesterday) of a heart attack, according to the government. There is suspicion that he could have died of OCIVD-19 after his wife was airlifted to Kenya to receive treatment for the disease.

A political and social analyst, David Laque has done a Twitter thread on Nkurunziza’s legacy and how his 14-year-reign shows that the African Union has failed its people:

1] Received the news of the demise of Burundi President Pierre Nkuruzinza with mixed feelings.

Whereas I immediately felt compassion for his loved one, can’t help but feel ashamed as an African.

Like many others, his Presidency captured what is wrong with African politics.

2] For those not aware, Nkuruzinza had just finished his controversial 3rd term which began in 2015.

Many Burundians were massacred for opposing his last term.

He had become obsessed with his Presidency like many other African despots.

3] Before Nkuruzinza stepped down, he pushed Burundi into an election in the middle of COVID-19

He recklessly held rallies all over Burundi

WHO officials who cautioned his reckless conduct were simply expelled from Burundi.

For him, COVID-19 was just a distraction.

4] But here’s where it gets nasty…

Pierre attempted to leave a Regent President, one Gen. Evariste Ndayishimiye who was to take over in August for a 7-year term

Nkuruzinza was to assume the position of SUPREME GUIDE TO PATRIOTISM.

It doesn’t exist in the Burundi constitution.

5] Not only doesn’t he get to become SupremeGuideToPatriotism (whatever that means), he won’t witness the reign of his RegentPresident.

Now, who steps in as Pres since the Pres elect was to be sworn in in August?

I stand corrected, but the Speaker of the [National Assembly] might step in.

6] Now, the suspicion is that Nkuruzinza died because of Covid-19.

The official communication is that he died of a heart attack, which might also be linked to COVID-19 anyways.

But away from speculations, his wife FL Denise is in Nairobi Kenya battling the COVID-19 virus.

●created an unconstitutional position for himself

●left Burundi with a constitutional quagmire

8] History will be terribly unkind to us.

We have allowed the worst amongst us to (mis)LEAD us

Bodies like AU have left Africans exposed under marauding dictatorships