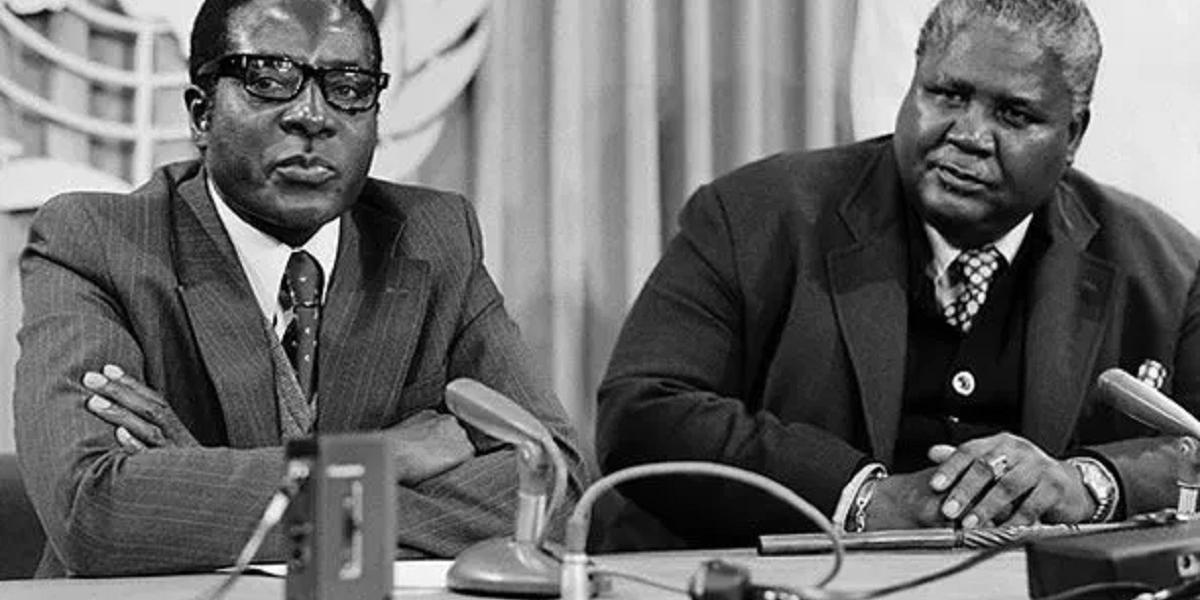 The Dumiso Dabengwa Foundation has claimed that the late former President of Zimbabwe, Robert Mugabe clashed with the then Minister of Home Affairs, Dumiso Dabengwa over the arrest of Agriculture Minister Kumbirai Kangai.

Kangai was being accused of abusing US$4,6 million grain fund causing severe famine in the country and Dabengwa authorised his arrest.

The Foundation reports that Kangai’s wife approached Dabengwa in a bid to convince him to release her husband but Dabengwa refused to release him saying only courts would exonerate him.

In a recent social media post, DDF said Mrs Kangai then called Mugabe indicating that Dabengwa had refused to release her “innocent” husband. The DDF added:

Mugabe did call Dabengwa to explain that Kangai’s arrest is an embarrassment to the government and that the police must release him.

He argued that a minister cannot spend a night in holding cells.

Dabengwa refused. He insisted that the bigger embarrassment is to have a corrupt cabinet minister.

DDF added that Dabengwa reiterated that none is above the law and spent the night in holding cells and went to court the following day.

The DDF also alleges that Dabengwa insisted that the late vice president Joshua Mqabuko Nkomo was against corruption so he would not betray Nkomo’s legacy.