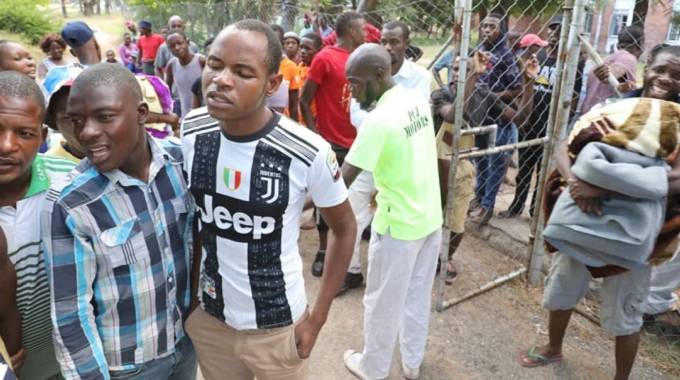 In an interview with the Daily News, Biti said money is not even available and overall, the government’s response to the COVID-19 pandemic has been pathetic. Said Biti:

Before we even go there, the money [$18 billion stimulus package] is not there, it’s just hot air. You know its criminal that we have had a lockdown since March 30, 2020, and this government has not put a single cent to Covid-19.

Ncube was before the parliamentary committee on Budget and Finance a few days ago and he said we borrowed from the market $500 million that is less than US$20 million. Borrowed? Where is the budget?

Whereas other countries are coming up with massive fiscal packages, for example, the Americans have put in US$3 trillion, the British have put in close to £800 billion, but we have a government that has not put in a single cent to Covid-19.

As I am talking to you right now, we have done less than 40 000 tests and out of those less than 20 000 are diagnostic tests the rest are just rapid tests which are not final and definitive.

So, for all the hullabaloo and the lockdown, it’s a waste of time because if you can’t do mass testing you are wasting time and harassing people.

Other countries like South Africa, people are being given grants, food and cash handouts, what is our government not doing it?

Remember when you have Covid-19 you have to flatten two curves, that is the disease curve and you flatten it by testing people, contact tracing, isolating and treatment.

You also need to flatten the poverty curve by social safety nets, provision of water and food. The third curve that you have to flatten is the economic curve because companies are closing down.

So, you need a stimulus to small businesses and SMEs and so forth.

Other countries in the region are doing it, but they are just as poor as we are, but we are failing to do the same. So, the government has failed to manage Covid-19.