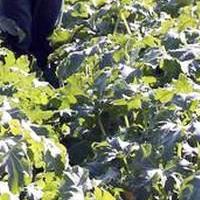 Zimbabwe could learn how to turn punitive economic sanctions to its advantage from Qatar, a largely desert peninsular Arab country located in the Middle East.

Qatar has been under an “illegal blockade” since June 5, 2017, when four Arab states – Saudi Arabia, the United Arab Emirates (UAE), Bahrain and Egypt – cut all diplomatic and trade ties with Doha.

Soon after the blockade Qatar incurred heavy financial losses estimated at $43bn but moved quickly to counter the effects of the embargo.

Before the blockade, Qatar imported over 90 per cent of its food requirements but is now a lot more self-sufficient across the food and agricultural sector.

The blockade has prepared Qatar well to deal with the supply chain disruptions we have seen globally during the COVID-19 crisis.

Qatar has achieved a lot more self-sufficiency across the food and agricultural sector, as well as the transport sector, making Qatar more autarkic and independent in managing supplies chains.

Also, in the industrial sector, Qatar has used the blockade as an opportunity to diversify and expand local production where possible, which has increased its resilience.

Zimbabwe’s ruling elite has been blaming limited targeted restrictions over the past two decades as the country’s economy has continued to deteriorate.

However, rampant corruption, policy inconsistencies, political repression, a disdain for the rule of law, pillaging of mineral resources and an unfavourable investment climate have been cited as the real causes of the country’s economic implosion.