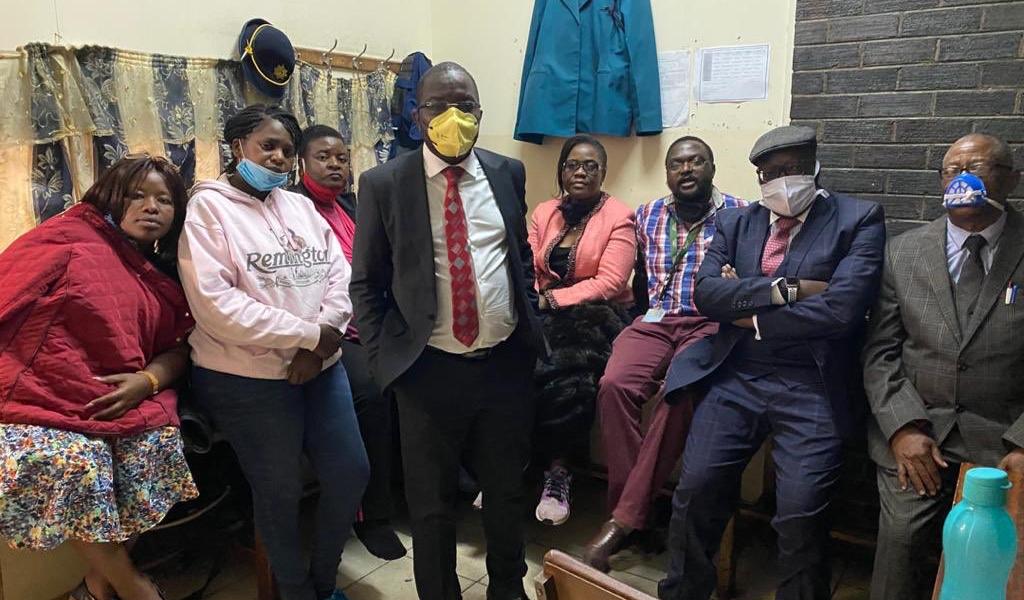 The opposition MDC Alliance has claimed that the state has added a new charge on the party’s officials who were arrested on Friday for criminal nuisance.

The building is reportedly guarded by heavily armed police and soldiers who on Thursday assisted youths belonging to the MDC-T led by Thokozani Khupe to seize it.

Posting on Twitter on the development, the MDC Alliance said:

We are advised that the State is adding a fresh charge of breaching COVID 19 regulations. They are being held at Law and Order Section at Harare Central Police.

They were scheduled to appear before Harare Magistrate this morning but were turned back when they showed up at Rotten Row around 11 am.

They were advised that they were returning to Central Police Station. They claim that the police did not explain to them, the party or their legal representation why they were being turned back.