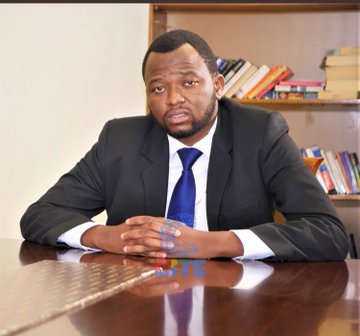 Top Bulawayo lawyer Dumisani Dube has been arrested by Police Special Anticorruption Unit and was expected to appear in court this Saturday.

Dube was arrested on allegations of defeating the course of justice in obtaining a court order in a matter which is still pending in court to the advantage of his client.

He was taken into police custody at Southampton Police Station in Bulawayo. He was attending to a client who was arrested on Friday and on arrival at the police station, he was told he is an accomplice.

Last year Dube represented ousted Ntabazinduna Chief Nhlanhlayemangwe Felix Ndiweni in a case where the traditional leader and 22 others were accused of malicious damage to property.

During Ndiweni’s trial, Dube demanded that Zanu PF secretary for administration Obert Mpofu answer some questions after the former Home Affairs minister was sucked into the case.

Ndiweni had alleged Mpofu incriminated him after he took the former minister to Mbembesi Police Station for stealing the traditional leader’s late father’s 200 cattle, with his arrest meant to fix him for that.