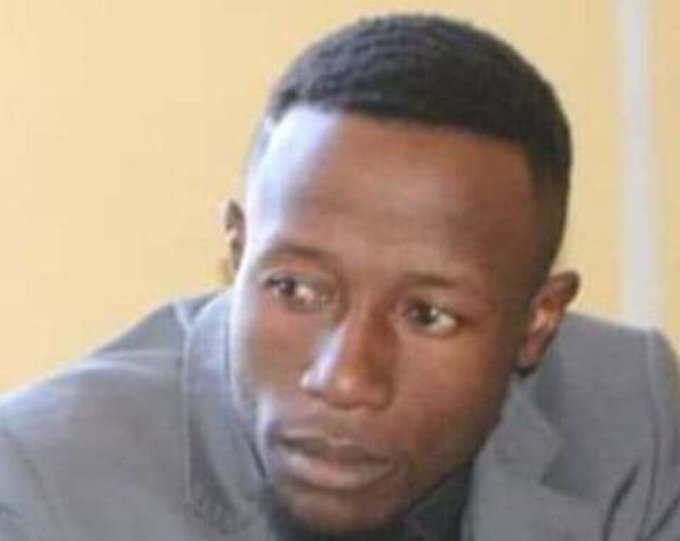 According to MDC Alliance spokesperson Fadzayi Mahere, Nhende is in a critical condition as he cannot breathe and urgently requires medical attention but police are refusing to let him go to be seen by doctors. Said Mahere:

Womberai Nhende, our Deputy Spokesperson for the Youth Assembly, was badly beaten by
police outside Harvest House today for no reason.

He can’t breathe and urgently requires medical attention. Police refused to release him to be seen by his doctors.

According to NewZimbabwe.com, Mahere earlier told journalists at Harvest House that the seizure of the building by the Thokozani Khupe-led MDC-T is a ZANU PF attempt to divert attention from the corruption scandal involving President Emmerson Mnangagwa, his sons, and his bodyguards. Said Mahere:

For people who pretend to be constitutionalists, this vindicates us, it is an indictment on people who have been saying that we are trying to rectify things in the MDC…they have been captured by Zanu PF to divert attention from the corruption scandal involving Mnangagwa, his sons, and his bodyguards.

Soldiers are still inside the building up to now and no one has bothered to tell us why. There is no explanation whatsoever, yet there is no crime.

Prominent investigative journalist Hopewell Chin’ono said the deployment of the army and police at Harvest House is a mere sideshow, an attempt to sweep under the carpet corruption and looting. He wrote on Facebook:

They know that the REAL story is not Harvest House!!

They know that the abuse of the police and army at Harvest House is just a sideshow!

Corruption and LOOTING are the REAL stories in town!

Don’t let them fool YOU!