The Zimbabwe Human Rights NGO Forum has said that it is concerned by the delay in announcing the five vacancies of judges of the Constitutional Court of Zimbabwe.

Below is the forum’s statement in full.

The designation of a Constitutional Court is a milestone in the history of the judiciary and democracy in Zimbabwe, meant to signal a break from the past and to charter a new course towards constitutionalism. However, relevant processes have been marked by many false starts.

Constitution of Zimbabwe Amendment (No.2) Bill
The process of appointing the new judges, comes at a time when government has proposed to amend the Constitution under the gazetted Constitution of Zimbabwe Amendment (No.2) Bill, which among others, seeks to eliminate the mandatory public interview process for judges who would be appointed from one superior court to another. These amendments, if passed, constitute an affront to the principles of the independence of the judiciary, separation of powers and judicial impartiality. Current provisions of the Constitution allow for transparency. Appointments to higher courts through “tapping on the shoulder” is a regime long relegated as archaic in democratic societies. Zimbabweans derive no benefit in reverting to the position under the Lancaster House Constitution which the majority rejected by voting in the 2013 Constitution. Further, the process will mark a departure from regional and international standards and best practices, including the Lilongwe Principles and Guidelines on the Selection and Appointment of Judicial Officers recently adopted by the Southern African Chief Justice’s Forum (SACJF). The NGO Forum urges the government to withdraw these proposed amendments.

The Forum strongly urges the JSC and the President to ensure timely appointment of the five judges so that the bench is fully constituted to discharge its duties. The Forum reiterates the constitutional position that the appointment of judges must faithfully follow procedures of appointment of judges as set out in section 180 of the Constitution, and must be based on merit, objectivity, fairness and equity considerations that take into account gender, disability and other measures. This will ensure a truly independent and impartial judiciary which can execute its constitutional mandate without fear, favour or prejudice.
Ends 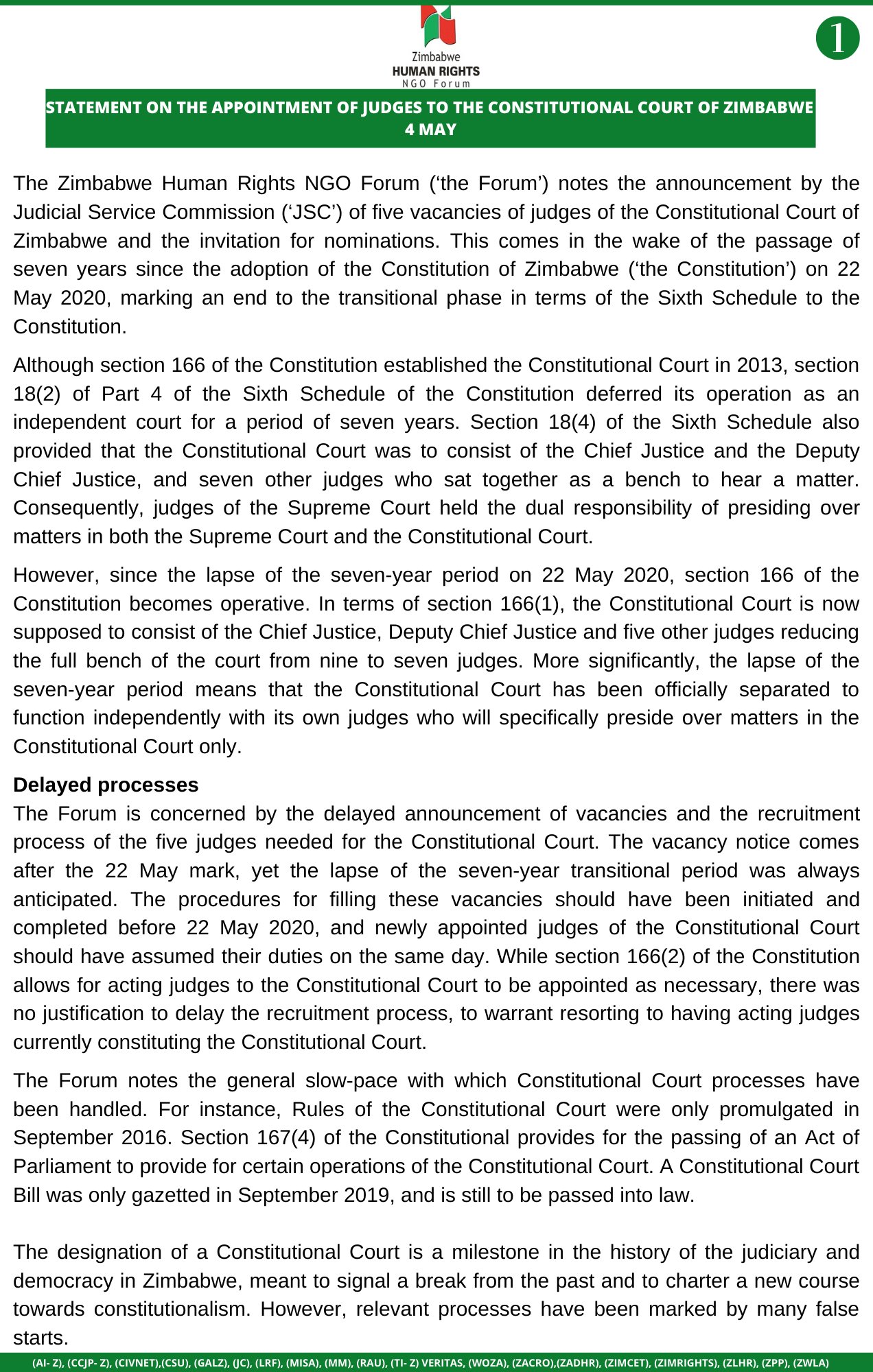 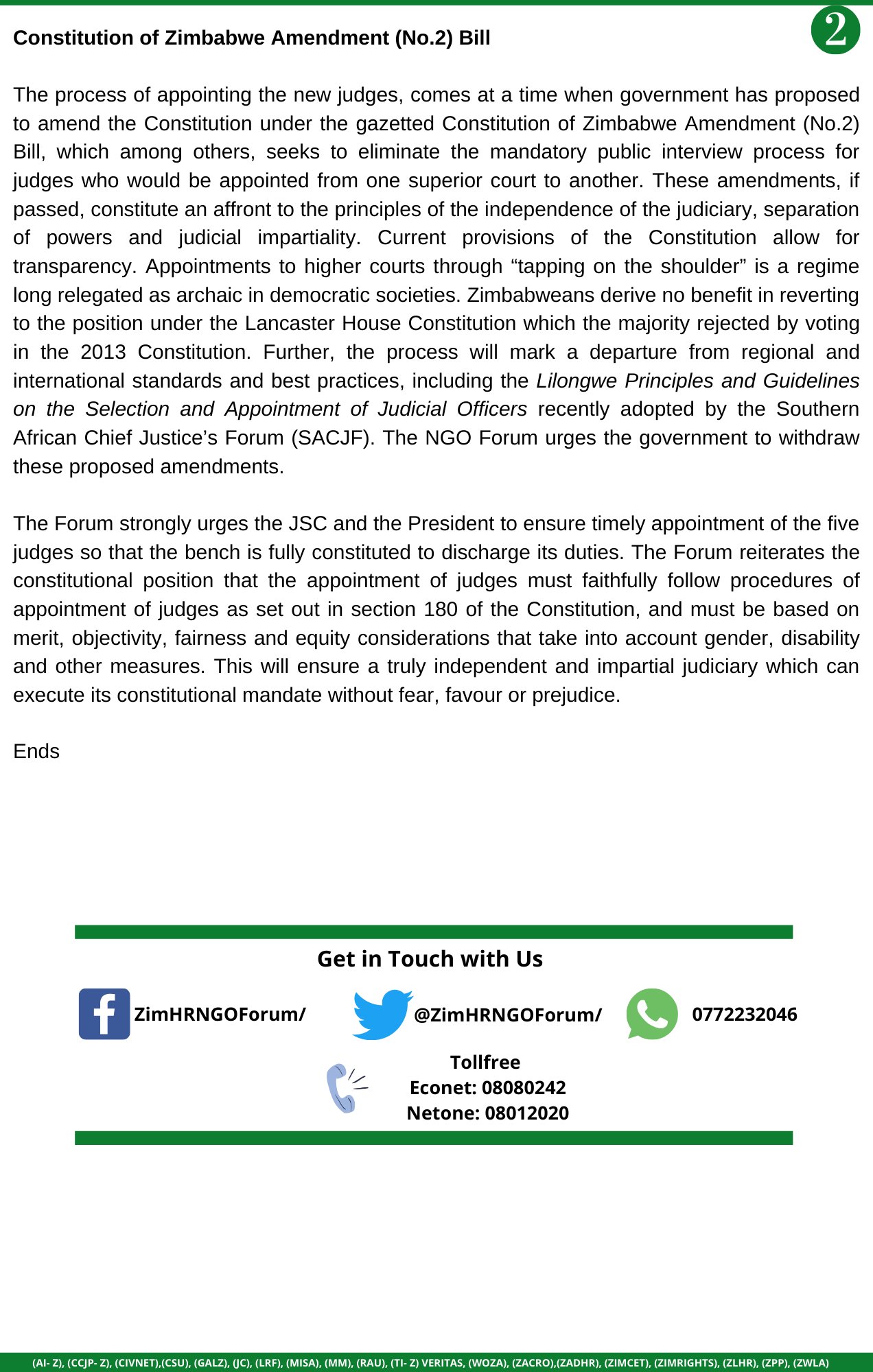