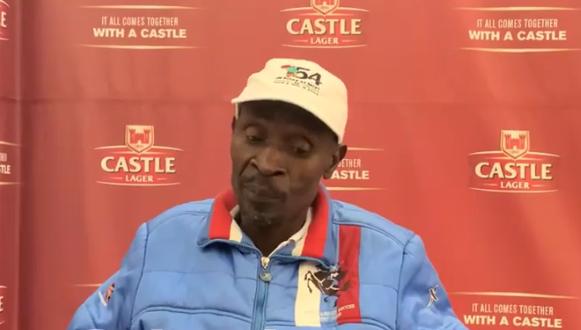 Former Dynamos coach Lloyd ‘Mablanyo’ Chigowe says saving Dynamos from relegation is one of his greatest achievements in his managerial career, Soccer24 reports.

Chigowe made the revelation when he was profiled by Dugout, a publication which covers the Northern Region Division One.

Chigowe, who is now in charge of Northern Region Division One side Black Tigers, was appointed coach of Dynamos on an interim basis in September 2017.

He replaced his namesake Lloyd Mutasa at a time when DeMbare was struggling and fighting to avoid the chop.

He had seven games to save the Glamour Boys from the drop and did so with three games to spare, in a run which included a Harare derby victory over bitter rivals CAPS United.

The coach would be given the Dynamos job on a permanent basis the following season but did not last long as he was sacked for poor results.

Chigowe expressed bitterness over his sacking from Dynamos, saying it was unfair for a coach to be fired three games into a new season. He said then:

How can a coach be fired after just three games that did not go as planned? You can’t judge a coach after three games when the season has just started considering the kind of preparations that the team had ahead of the new season?

From deep down my heart, I know that I got a raw deal because I was fired at a time a lot of things were not right at Dynamos.

All things being equal, no one should have expected the team to hit the ground running following the kind of preparations we had.