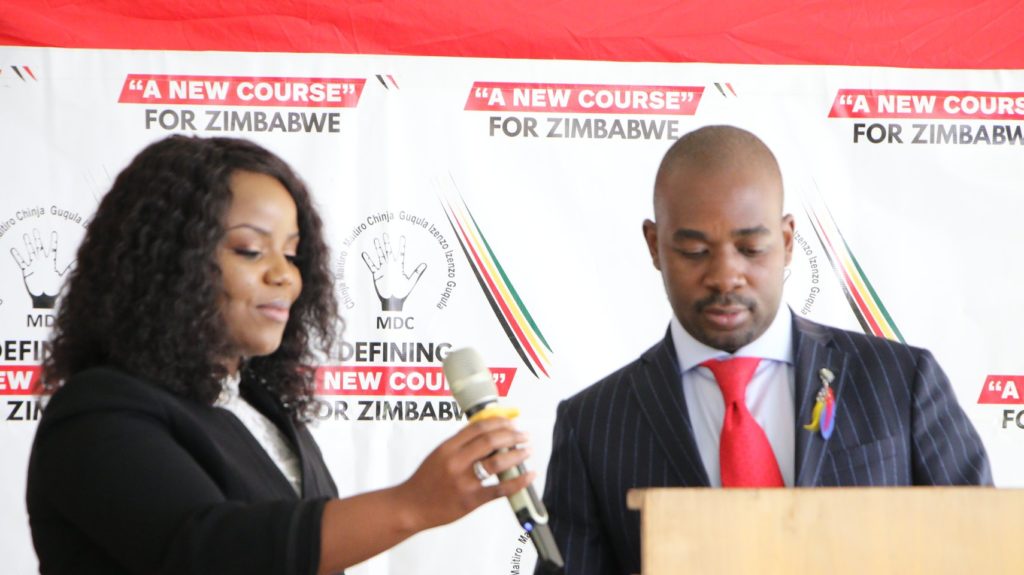 The opposition MDC Alliance has issued a statement following the party’s National Council meeting that made a number of resolutions.

On the 34 of June 2020, the National Council of the MDC Alliance met in accordance with the party’s constitution. The following resolutions were passed:

3. No individual or quasi-political formation has the right to reverse the will of the people. The MDC Alliance was and is a political party recognised and voted for by the people of Zimbabwe. We maintain that it is unlawful and a misconstruction of reality fur any other party to withdraw MDC Alliance MIS from Parliament.

4. It is resolved that following consultation with our structures and constituents our MPs and councillors are to immediately resume their duties in Parliament subject to further review. Any persons who were deployed by the party who did not comply with the Standing Committee resolution to suspend participation in Parliament’s activities pending this resolution will be dealt with in accordance with the Constitution and due process.

5. The MDC Alliance notes with grave concern the continued allegations of state-led corruption implicating senior government officials and their proxies. The MDC Alliance remains vehemently opposed to state-sanctioned corruption and the continued disregard of due process in the procurement of tenders. We will continue to seek redress for the people of Zimbabwe through parliamentary and civil mechanisms

6. We call upon the nation in build a broad front consisting of all groups including labour, students, churches, civil society and all others, to confront the regime as we continue to battle against an the indefinite lockdown with no support for the vulnerable, the continued economic deadlock, abductions torture and sexual assault of our members. and the deteriorating human rights situation. 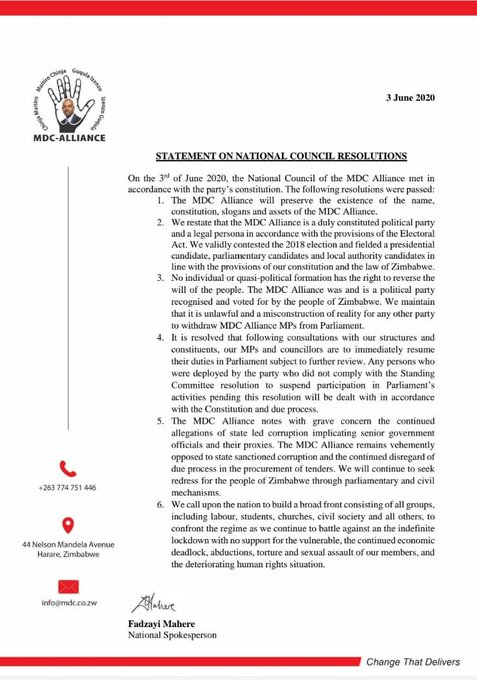