The Zimbabwe Republic Police is reportedly telling members of the public who are in Harare City Centre to clear the city “now!”

Advocate Fadzayi Mahere, the spokesperson of the opposition MDC Alliance posted on Twitter this morning saying police are moving around town instructing the public to leave the city. She posted:

Just stepped out of the High Court where I was arguing a case. Armed police and soldiers with a loudspeaker telling us to clear the street. “Budai mudhorobha.” 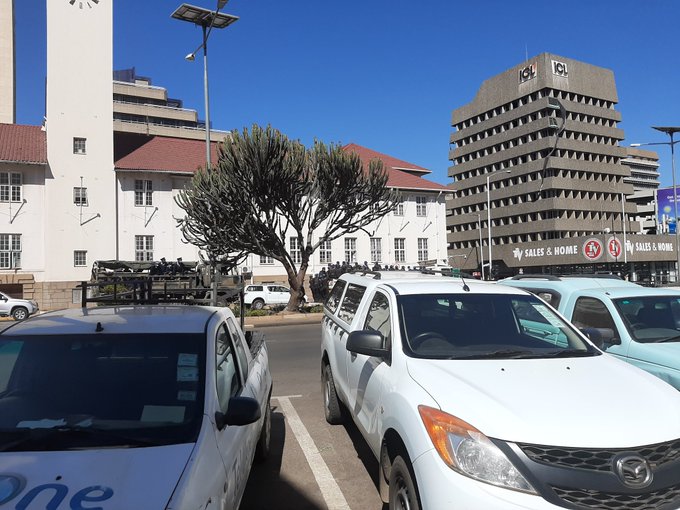 The police were this morning turning away vehicles which were en route to town with reports suggesting that only those deemed to be providing essential services were being allowed to pass.

No explanation was being given on the latest move.