The Ministry of Health and Child Care has reported that as of 27 MAY 2020 (today), Zimbabwe had 132 officially confirmed coronavirus cases.

Opposed to an earlier report by the Minister of Information, Senator Mutsvangwa that 76 new cases had been recorded, the Ministry of Health’s statement suggests that 64 tested positive for the virus today.

Also contrary to Mutsvangwa’s report that only one from the new cases was local, the Ministry of Health says 3 were local.

• We report the results of PCR tests conducted using the GeneXpert machines which were done over the past four days which had not been included in the situation report as we awaited confirmation of the results from the National Microbiology Reference Laboratory. This confirmation was required because of the unusual surge of positive tests after the introduction of the cartridge-based nucleic acid PCR (GeneXpert).

o Environmental sampling (swabbing of the laboratory) was conducted to rule out any possible laboratory contamination. This was carried out due to the surge in positive samples after the introduction of GeneXpert testing in all the provinces. There was no contamination identified.

o Resampling of Patients: A sample of the positive cohort was resampled and retested and the results were in agreement with the initial results 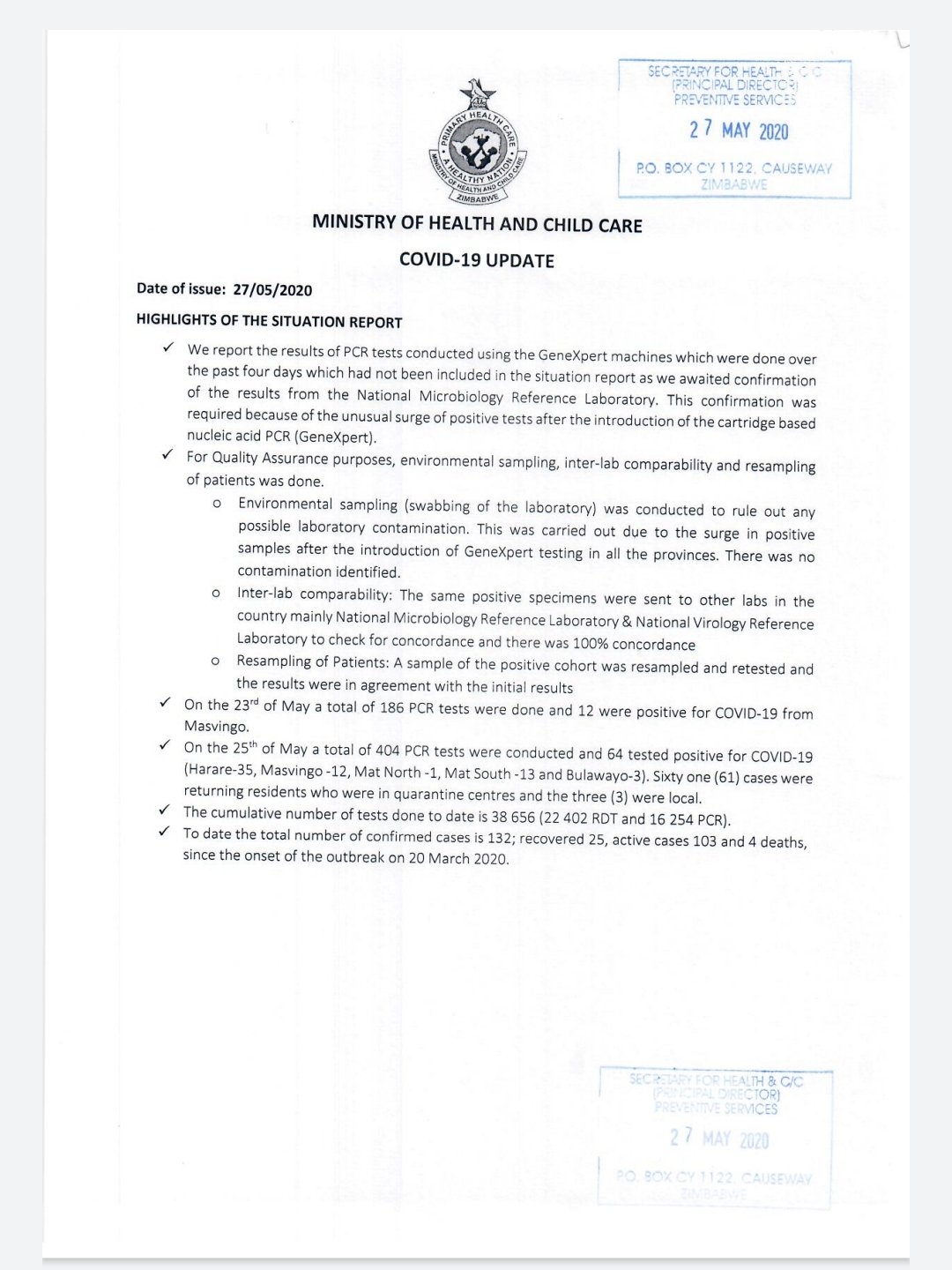