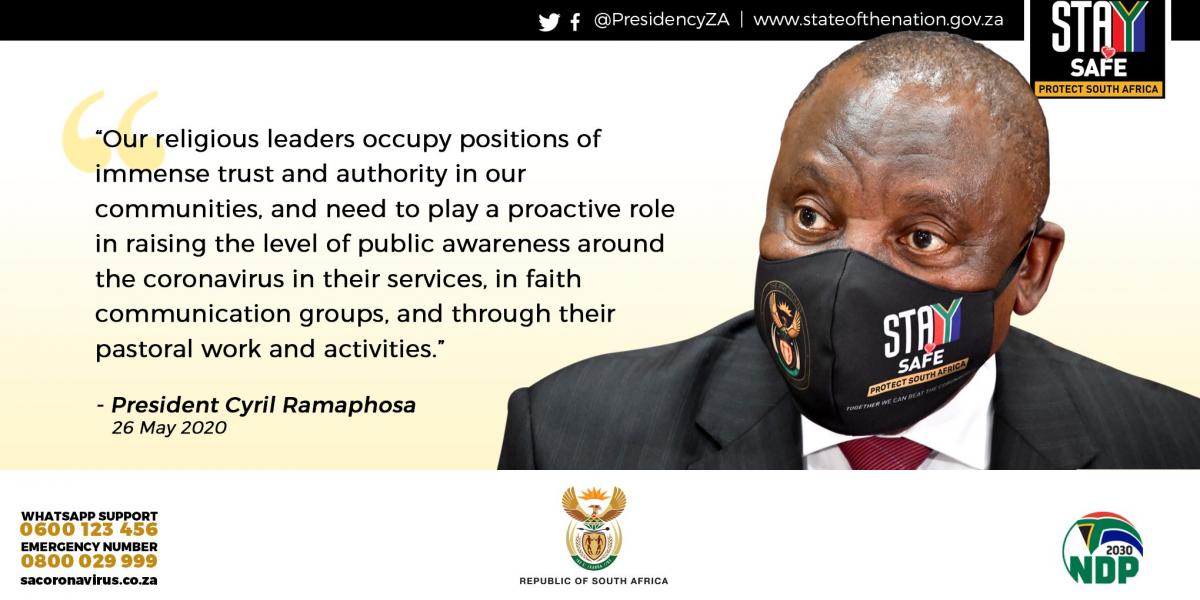 South Africa President Cyril Ramaphosa has just announced that churches will be allowed to re-open from June 1, but congregations will be limited to 50 people.

The decision was made in consultation with religious leaders in the country who have recently described as ‘ridiculous’ the government’s earlier decision to keep churches closed while schools were being reopened.

Ramaphosa said worshippers must wear masks and follow recommended social distance advice to contain the spread and transmission of the coronavirus.

He also called on the country to join in a national day of prayer and meditation on 31 May. During his update to the nation, Ramaphosa also said:

Our religious leaders occupy positions of immense trust and authority in our communities and need to play a proactive role in raising the level of public awareness around the coronavirus in their services, in faith communication groups and through their pastoral work and activities.

Some churches including Shepherd Bushiri’s Enlightened Christian Church had resorted to online services to keep in touch with congregants as the lockdown regulations prohibited physical gatherings.