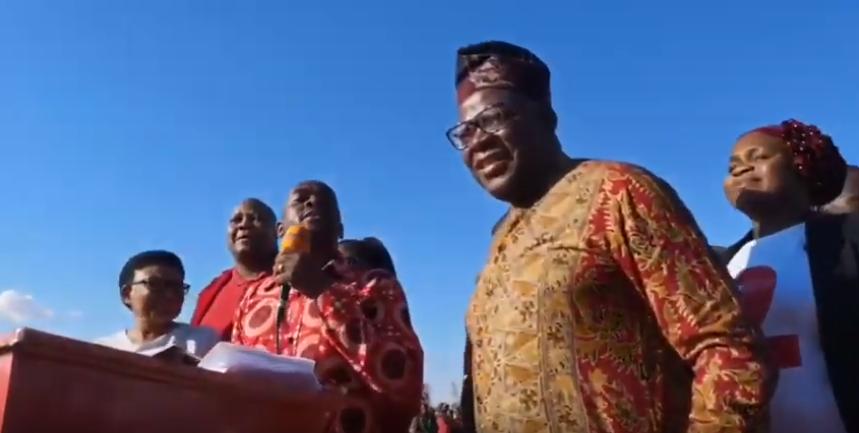 Today, we join the rest of the continent in celebrating Africa Day; that special day when we pay tribute to the brave people of this land and cherish our collective resolve to live in peace, harmony and happiness.

The MDC Alliance lauds the unbridled heroism of the people of Africa in fighting oppression and repression wherever it manifests. Our Africanness is unto itself a cause for celebration. As a proud and patriotic African political movement, we join the brave people of this blessed continent in commemorating this special day.

It is unfortunate that we are commemorating this day while locked down in our homes in the wake of this pandemic that has claimed the lives of our compatriots and those beyond our continent. We mourn with those who have lost their loved ones. We commiserate with the infirm and pray that those afflicted by this pandemic get healed.

It is instructive that we are commemorating this year’s Africa Day under the dictum: “Silencing the Guns: Creating Conducive Conditions for Africa’s Development”

indeed, once guns are silenced on our beloved Africa, we will truly cherish the peace, growth and development that will flourish on this blessed land.

As Zimbabweans, the tragic irony is that it is our government’s guns that have cost us the lives of innocent citizens. It is the guns controlled by those in authority that need to be silenced. On August 1, 2018, and in January 2019, the government’s guns shed the blood of the innocent sons and daughters of this land. As Zimbabweans, we plead with those in power and authority to silence their guns for the sake of our safety.

We are a proud African political movement. We take advantage of this day to plead that we truly cherish each other as Africans on this our own continent. The Afrophobia that often rears its head in South Africa, wrongly touted as xenophobia, is a sad indictment on this continent. Why should Africans begin to feel unsafe on their own continent when we have traditionally been acclaimed as a hospitable people; a people that welcomes all well-meaning strangers and visitors, let alone fellow Africans enjoying the warmth of their own continent?

As Africa, we must use our wealth to improve the lives of our people. We must condemn selfish leaders who have cartelised our wealth and our heritage so that it benefits only a selected few. As Africans, our wealth and heritage has always been owned in common and must benefit us and future generations. We say No to the culture of avarice and corruption that has engendered gross poverty and Inequality among our people, even in the middle of the teeming wealth on our continent; which wealth has been plundered by the well-heeled and the politically connected.

Let love flourish in our beloved Africa. Let there be prosperity for our people. Let us cherish each other and truly empathise with our fellow citizens living in want and deprivation.

Once again, we plead with our own governments to silence those guns that are harming and killing the innocent citizenry in our respective African countries. It is regrettable that we in Zimbabwe are commemorating this special day when three young women, including a Member of Parliament, are currently detained in hospital having been spirited out of police custody and sexually abused by agents of the State. Indeed, it is regrettable that our own government has become the most poignant threat to the dignity and security of citizens, particularly women.

It is equally regrettable that this Africa Day comes when two newsmen are wallowing in police custody for no fault except that they sought to practise their trade by telling the shameful story of the three sexually violated women. This culture of impunity needs to be unequivocally condemned on this our special day. It is certainly unAfrican to abuse women and to gag those who wish to tell the shameful story of their abuse. This despicable behaviour by the State violates the sacred and cardinal tenets of _ubuntu_ which define and underline the chastity of our Africanness.

Let there be peace, love and harmony on our land.