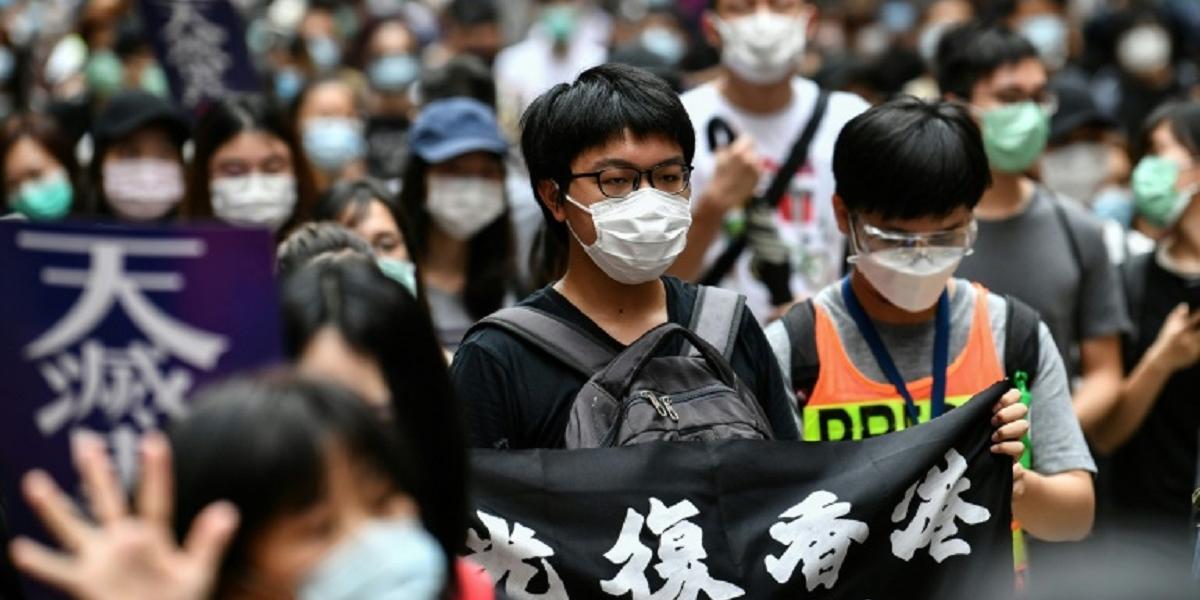 New pro-democracy protests have erupted in Hong Kong prompting police to spray teargas and pepper at hundreds of demonstrators.

The latest demos were triggered by a ‘controversial’ security law which was proposed by the People’s Republic of China last week.

The proposed law is expected to ban treason, subversion and sedition, and the campaigners are of the view that it will mark the end to the city’s freedoms. Speaking to AFP, a 25-year-old protester Vincent, said:

People may be criminalised only for words they say or publish opposing the government.

The protestors gathered in the busy Causeway Bay and Wan Chai districts, chanting slogans against the government as riot police warned them against the assembly.

The protests come after Hong Kong was last year shaken by months of massive, sometimes violent anti-government protests, and repeated warnings from Beijing that it would not tolerate dissent.